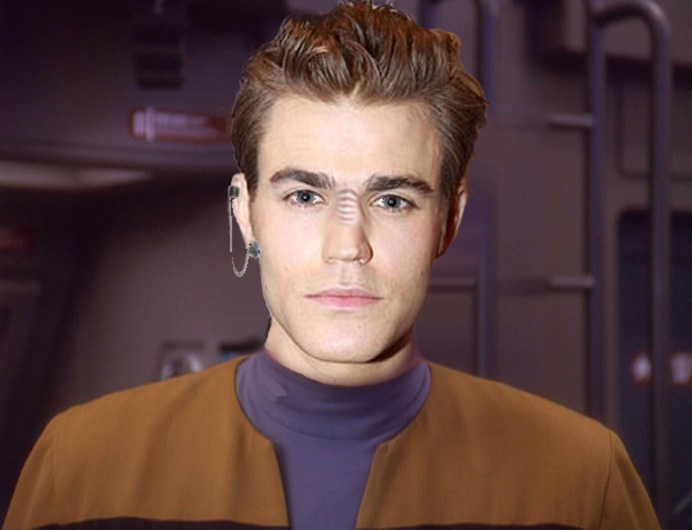 Wann was born during the occupation on a refugee camp in Federation space. His parents were part of the resistance. His aunts took care of him while growing up. His family were very deep believers of the Prophets. His aunt taught in the hope he could become a spiritual leader for Bajor.

Wann had different plans. Even though he held his faith very high, he was always eager to learn knew stuff.

When the occupation ended his parents moved back to Bajor with him. Being pro federation they allowed him Federation schooling. He was taught by a private tutor. But they did take extra care of his religious education so he wouldn’t forget.

When he turned 18 he applied to join Starfleet despite his families wishing him to join a religious order. It was there he could fully develop his interest in technology. Even outside of classes he was found fixing things. This was also due to the fact he was very socially isolated back home by his parents, and he couldn’t make friends easily.

He was also not very confident with himself around girls. So getting and keeping relations were also very hard for him. Also because he found it hard to show his emotions and feelings. Which is why he finally to just keep to himself.

When he graduated the academy he was assigned to the USS Portugal as operations officer. He proofed to be a promising officer and was soon after promoted to Chief operations.