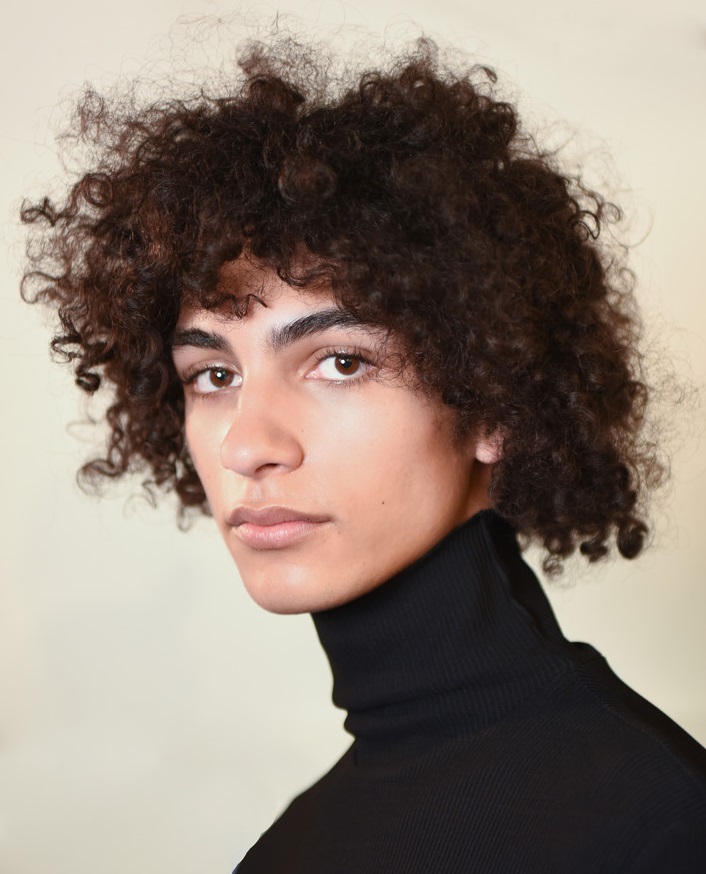 Cal Everett currently serves aboard the USS Apollo as Executive Officer. They have nearly twenty three years of experience in Starfleet, in both the medical and science professions.

Cælestis “Cal” Everett grew up on the frontier, human colony Cygnus II. The Dominion War remained a peripheral concern to the mining colony, as they barely saw even a day of fighting in their isolated and difficult-to-reach position orbiting twin planets near Ronara. The residents of Cygnus considered themselves lucky to avoid the bulk of the fighting.

Everett grew up as one of the children of the community; nobody quite knew who their parents were, or how they ended up on the ship headed for the dangerous, outlier moon. But what the community did know was Everett’s vast capability for kindness and empathy that included the many animals of Cygnus to the oldest of colonists. As an orphan, Everett sought mentorship in the colonist’s medical office, which was run by an ex-Starfleet medical officer, Joell Yieng.

Joell Yieng, as a human that served aboard a Vulcan science ship, was quick to teach Everett to hide their emotions and control their open feelings from a very young age. Her teachings proved foundational to Everett’s beliefs about their emotions and empathy: both are to be kept under wraps, beneath the diversion of a smile.

Joell’s guidance in Everett’s life eventually led them to Starfleet at the age of eighteen. It was at the Medical Academy, as a cadet, that Everett learned the truth about their heritage: they were, in fact, a full-blooded Betazoid that somehow entirely repressed their telepathic capabilities in childhood. After thorough testing, it became obvious that while they have strong and controlled empathic abilities, their telepathic abilities are less powerful than even psionically inadept races. It is unknown if Everett is capable of any form of telepathy—that is, if their powers are smothered by a mental block or if the abilities are completely void.

Everett’s race was completely unknown to them in childhood, and because of the human-only population of the isolated colony, none in the community suspected Everett to be anything but a particularly sensitive human child. However, looking back, Everett believes that Joell recognized Everett’s black eyes for what they were (especially after children that were Cal’s known bullies came to the medical center with telepathic bleeding and injuries) and trained them in a form of telepathic repression to prevent their powers from developing fully. Everett took to her teachings so well that instead of dulling their abilities, they smothered them entirely. To other telepaths, Everett’s mind feels like a sink, an absence.

After graduating the Academy, Everett struggled with the knowledge of their race and the complications it created around their arrival to Cygnus. However, despite this confusion, Everett quickly excelled in Starfleet and was promoted from a junior medical officer all the way to CMO, in two different posts. However, it was after their emergency promotion aboard the Immortal during which nineteen souls were killed during a viral plague that Everett pulled themselves away from medicine and transferred into science. It was a difficult transition, but after the events aboard the Immortal, Everett could not bear to practice medicine any longer. They served as a science officer and CSO aboard the Immortal and Diligent respectively for a combined total of seventeen years.

Everett’s service aboard the Diligent was not unnoticed. After ten years serving as CSO, they were promoted to Commander and offered a position aboard the USS Apollo as Executive Officer. They accepted, eager for the change while also feeling bittersweet over leaving their home on the Diligent.

The lingering effects of the Mosca Prime Virus, which struck the Immortal over eighteen years ago, still haunt Everett to this day. They’re hyper-diligent about the spread of disease and find it nearly impossible to touch others without gloves or immediately sanitizing their hands. But despite their fears and hesitation, they believe the shift into the sciences—and now into Command—was the best for them and they can’t imagine being anywhere except on a Starfleet vessel.