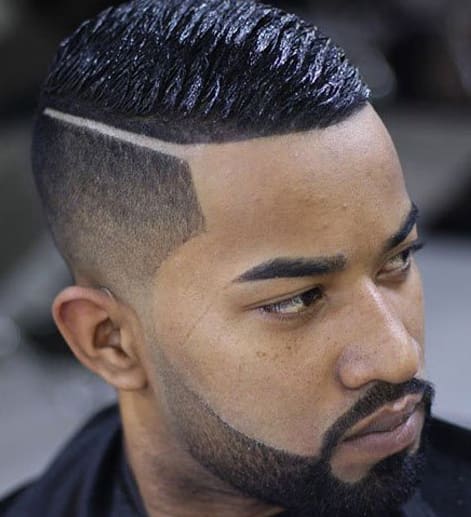 As the Ascension's chief operations officer, Nico is an expert in the business of running a ship, and running a ship this big is an awful lot of business, a burden he bears with stoic resignation. He often maintains a grim outlook, and generally expects the worst. If asked, he will say his pessimism serves an entirely practical purpose, helping him to stay prepared for any possibility. It pays to be prepared for anything in the Delta Quadrant, where help is far away and threats are everywhere. Wherever work is important but not glamorous, Nico can be found, insisting it get done properly.

Someone who knew Nico during his childhood might have guessed he would end up in Starfleet, he was studious, active in volunteering, and positively adored stories of daring do. Born in Cap-Haïtien, on the northern shore of Haiti, he grew up with a strong sense of community, and tried to be helpful to the people around him. As a child he was rather carefree, and loved to laugh, having a quick and joyful sense of humor. He was one of the lucky few who could manage to balance achievement, and sober diligence, with relentless optimism and a thirst for life during his school days. As he neared the beginning of adulthood, he began to seriously review his options for what he might go on to do with his life. He considered a career in law, or medicine, joining a scientific institution, joining the local police, journalism, opening a hotel, and a number of other options before finally deciding to apply for Starfleet academy. He managed to impress the admissions board enough to get in, and since then he has been a member of Starfleet his entire adult life.

During his time at the academy, Nico managed to do reasonably well, graduating in the top third of ops cadets. He moved on to an unstimulating position helping to watch mothballed ships, and perform occasional repairs at a sleepy outpost. Feeling unfulfilled he put in for a transfer, and moved on to a surveyor, assisting with late stage colonization preparations. Upon promotion to LTJG he moved on to USS Tiger Moth, a “border security cutter.” It was during his time aboard this ship that he lost his leg and began to develop his trademark sense of pessimism. Through the years afterward he developed a reputation as a reliable and capable officer, good at working under difficult conditions, or with limited resources. This saw his name come up as a potential candidate for deployment to the isolated Delta Quadrant. Finally landing him a place on the USS Ascension.