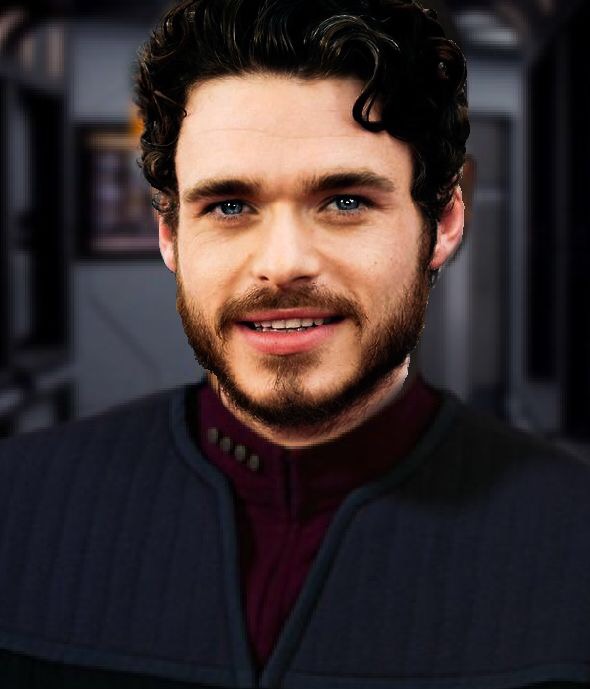 Dastan was born on Earth in Cardiff, UK. His family traveled across the Federation because of his father’s various Starfleet assignments. Being the youngest of four siblings, Dastan set out to separate himself from his siblings. He developed a love for science at an early age. While living in the Raeyan Sector, Dastan developed a love xenolinguistics due to all the species coming in and out of the sector. He was often sneak down to the Canteen on Starbase 611 and listen to the various conservations. When the Dominion War broke out, the Alexander family was broken apart. Rear Admiral Alexander was assigned to the Cardassian Front as adjunct to Admiral Ross. Marcia and the children, against her husband’s wishes, were near the front lines working for medical relief. Dastan was only 9 but he spend the war years developing his skills at science and medicine. He became a certified medic along with his middle brother Marcus. After the war, the Alexander family was reunited and returned to Earth. Dastan followed in his father’s footsteps and enrolled in Starfleet Academy in 2379 at the age of 17. He majored in biochemistry with a minor in Xenolinguistics. He surpassed his classmates and graduated a year early. Actually graduating in the class with his brother. He graduated top of his class in 2382 with certifications in biology, biochemistry, communications, diplomacy, general science, and paramedicine. After graduation, he attended Cambridge University and obtained his Doctorate in Biochemistry within two years. Dastan was quickly assigned to the USS Annapolis as a Junior Science Officer. He quickly was promoted to the rank of Lieutenant Junior Grade and promoted to Assistant Chief Science Officer on the USS Athena. He was then promoted to full Lieutenant and assigned as Chief Science Officer and Communications Officer. He became very close to his commanding officer, Captain Elizabeth Zesis. She saw great potential in Dastan and convinced him to attend the command academy. His CO then assigned him as the ships Second Officer. He served as Chief Science Officer for two years on the USS Athena. He was then promoted to the rank of Lieutenant Commander and received orders from Starfleet Command to report to the USS Shanghai as the ships Executive Officer.