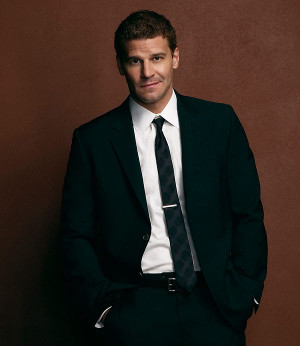 Ryan had always been the type to make the decisions, he thrived off of pressure and being put into the "chair" as one may call it is one place he had been aiming to end up. He liked being the go-to person when the excrement hit the fan. He initially started off in a career in law enforcement, following his Father's foot steps. He than joined the Fleet after a successful career in law enforcement, having been on the job for several years when he joined the Fleet. Ryan was noted for his go-getter nature and that he would apply himself to anything he felt important. He came up through the ranks as a Security Officer, before promotion to Chief of Sec/Tac and later Executive Officer.

Ryan is a generally average appearing male, although he is in excellent physical shape, an indication of the fact that he likes to work out. He has a confident and assertive appearance to him. The man has an air of strength about him. He also has a scar that runs from ear to ear, from when his lymph nodes were removed to treat cancer.

General Overview: Ryan is a bit of an interesting mix. He is known for being stubborn and assertive, yet he also has an easy going calming nature that has helped out greatly in many “iffy” situations. He is also a demanding Commanding Officer, expecting nothing but the best from others and giving his all as well. He does not like to be second guessed without reason, absent a valid reason, he expects all orders to be followed. He also finds lazy and ineffective people highly annoying. He has a slightly less than friendly demeanor unless he knows you well.

Ryan doesn’t have many weaknesses, but he does have a bit of an issue with significant migraine type headaches caused by certain environmental allergies. He also is known for getting any cold under the sun due to a bit of a weakened immune system due to past medical issues. As far as strengths are concerned, he is calm, cool and collected under pressure. He can handle nearly any situation thrown at him and he is always up for a good challenge. He is highly sharp and has higher than average reaction time, primarily due to the fact that his brain functions at a higher rate of speed than most people. Things tends to happen in slow motion for him due to it. He is also a bit on the quiet side when off duty.

Ryan again, is a bit of a keep to himself type. He doesn’t discuss his goals often, but he is not the type of guy who can simply be in one position. He does have goals to move up the Chain, but he wagers that will happen in due time. He doesn’t have one specific goal in mind, but feeling fulfillment and being in the right “place” mentally is what is most important to him.

Ryan was born in Arlington, Virgina. The family moved to Central New York when Ryan was five and his father had joined the State Police. He had an unremarkable past, except for a few blemishes of domestic violence committed against him by his Mother. But that was something that was ended quickly once his Father found out, his parents split shortly after and the kids lived full time with their Father. Their Father did the best he could, although he was busy with the job. In addition to being raised by his Father, his older brother stepped up and helped raised the two younger kids.

Ryan was diagnosed with Non-Hodgkin’s Lymphoma at age 14, he endured the traditional treatment but his body responded with a type III reaction. He lost weight and became increasingly frail. It was suspected he would not make it. The reaction was determined to have been caused by immune complexes building up in the Lymph nodes, eventually leading to failure of the lymphatic system due to an overload of toxins and they were removed accordingly. Leaving him with an ear to ear scar, he now jokes he was attacked by Jack The Ripper as a child.

Ryan attended college, just as any typical young adult would. However, in college, his Father was killed in the line of duty. He decided at that point to take up a career in law enforcement when he graduated. He was a stellar performer at his job and he proceeded to work hard, keeping his head down and success came his way. He made his way up to Lieutenant and was in charge of the SWAT team until he left the field of law enforcement to join Starfleet via the Officer Training School.