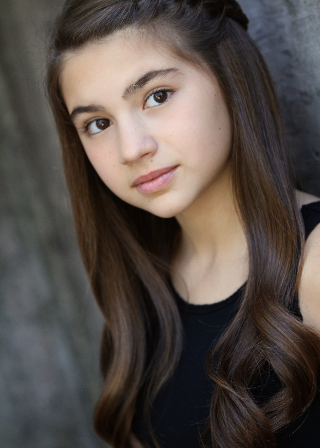 In 2377 Jami Bostru was born on board the USS Khitomer where her parents Novra and Ebrak were both serving as tactical officer and engineering officer respectively. After only one year however, her father was killed and so she knew very little about him beyond what her mother has told her. At the age of four she temporarily lived on Betazed with her grandparents and returned after six months.

In 2383 Jami Bostru’s mother was reassigned to Xavier Fleet Yards to serve as part of the security detail on the station. Jami was somewhat uncomfortable being on the station because of the massive size of the place. She regularly became lost on the station and had to be located by her mother or one of the station officers. Eventually she did become more comfortable.

When the Gorn attacked the station it was unexpected and her mother was injured creating new fears for the girl. She had already lost her father, and nearly lost her mother in an attack. She begged for them to return to Earth where it was safer. But, her begging seemingly fell on deaf ears as her mother found herself being reassigned again. Only this time at least for now Jami would be remaining on the station.