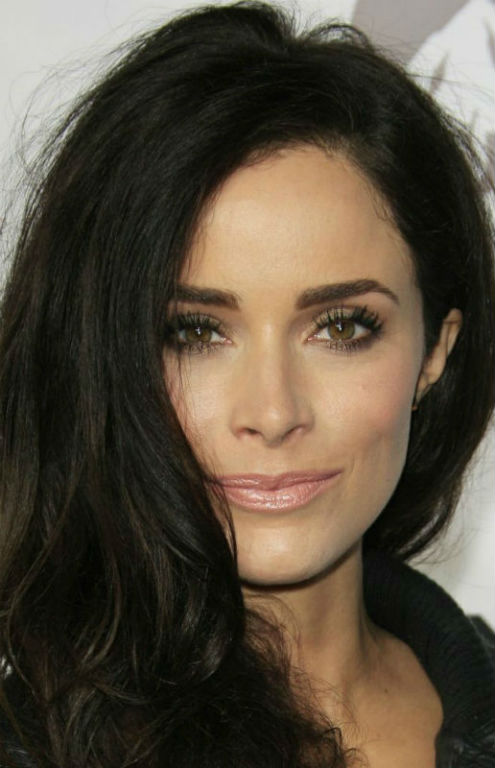 Xanthe, when stripped away of all her layers her job requires her to present to people is a charming, affable woman who prefers company of close friends and loved ones and a quiet night in rather than being out in public. Unfortunately, said job rarely affords her the opportunity to meet and nurture such relationships. As such the persona most people get to see is that of a meticulous, calculated, sharp woman with a bit of a pedantic edge to her. Even then she can be charming and affable and the life of the party, as the situation requires (as she is a talented actress who can pull off nearly any persona that is required of her), but she is ever watchful, ever analyzing, ready to change tact at moments notice.

Xanthe was born as the only child to Klement and Aella, in the city of Heliopolis, on a one of the first extra-solar Earth colonies, Alpha Eridani II. Alpha Eridani, also known as Archernar was an Earth Colony but not a member of the Federation, thus often under threat of the Romulan invasion. Xanthe grew up learning a lot, hearing stories of the old times, especially the legend of the Redjac entity that went on a killing spree in 2156.

Having had to always be prepared for a possible invasion, Xanthe learned how to read people, especially with her empathic skills (courtesy of her mother who was half-betazoid), look for signs of trouble and adapt to situations quickly. This in turn steered her towards excelling in sociological and psychological classes at the Heliopolis schools and in languages as well.

She knew what she wanted to do though from the get go. She wanted to see more of the galaxy, see what it’s like in the Federation, if Alpha Eridani was missing anything by not being a member. So she made sure her grades were good as well as her aptitude scores and with such she applied for sponsorship with the local Federation liaison officer.

Xanthe managed to attain said sponsorship and sat the Academy entrance exam, passing in the first try, but just barely so. Her technical prowess was not the best, her piloting (despite her motion sickness) and social skills being her saving grace.

The Academy was entirely not what she’d expected. While there was technically a war raging on their borders with the Cardassian Union, the young blood of the Federation still held a certain naivete and expectation of endless, safe exploration, despite claims that they had been prepared for every eventuality. She would learn later that you can never be prepared for everything. Most of things, yes. But hardly everything.

Rahal, however was one to see what she sought to do through, so she plodded on, class by class, year by year, educating herself, adjusting, as always. She had graduated around the middle of her class, with her aptitude scores in psychology, xeno-psychology, sociology and anthropology making her a sought after commodity on the science vessels assigned to the Beta Quadrant, one of the lead science ships of the era.

A year passed on the Cassini pretty quickly, Xanthe finding herself doing a lot of counselling and research-profiling work as a junior counselor than she would have thought possible. Still, the progress of her service and job sattisfied her and she set her sights towards becoming a senior counselor in the next few years.

That would, however prove not to be the case as one of her last cases on the Cassini proved to be an intelligence officer under cover. She didn’t know it initially, but as her sessions with the officer went on, she began realizing something was off, based on her experience and training as well as her latent empathic abilities.

After a while, she became convinced this person was not who they claimed to be. She approached the person on a hunch one session and got a lot more than she bargained for. The person revealed their true persona to them, to what point they could. As the operation was that of a sensitive nature and Xanthe believed them, she agreed to sign a Non-Disclosure Agreement, helping keep the intelligence officers identity and presence aboard ship a secret.

After the officer’s mission was done, they transferred out and Xanthe believed that will have been the end of it. Only, she’d been wrong. On station leave at Starbase 79, she was approached by the same officer who presented her with an offer she was very tempted by. After careful consideration and weighing of her options, she entered the frequency the officer had given her and announced her acceptance of the offer of recruitment into Starfleet Intelligence.

She would then undergo a year of training, in which she became familiar with intelligence protocols and the ‘tradecraft’, the bread and butter of every agent’s arsenal. Xanthe also sharpened up her profiling skills as well as how to mentally shield herself from intrusion, with the help of her latent abilities.

At the end of the year, she took her first assignment as an analyst in the Romulan Section of Starfleet Intelligence. She would quickly rise through positions to a handler and field officer, earning a reputation as a hardass, which would keep with her throughout her career. Often, she was also called incorruptible and ruthlessly driven. This however never bothered her as she had her goals and was set to achieve them, whilst at the same time helping people and protecting the Federation from its enemies.

Her next posting had her transferring to the Office of Inspector General and the halls of Internal Affairs. This posting has thus far been her favorite and she hopes to return to it one day, in a leadership position. Rahal realized that she liked to set the record straight on matters and liked shedding light on mysteries.

After a four year rotation with Internal Affairs, Xanthe was once again reassigned, this time to the Cardassian Section, with the end of the Federation-Cardassian Border Wars and the withdrawal of the Cardassian Union from Bajor, fresh eyes were needed to monitor the new balance of power in the area. In her three years in the section, among other things she learned the Cardassian and Bajoran languages.

Reports from assets within the Cardassian Union and reports from Deep Space Nine did not bode well for the future of the Federation and its allies during that time and Starfleet Intelligence began dispatching agents to ship and starbase service to have more eyes on the field, in hopes of generating more accurate, more detailed reports. So Xanthe was dispatched to the USS Al-Haytham, a Nebula class vessel, bound for Bajor sector and the DMZ.

She would undergo Bridge training in the first year and was assigned as the ship’s Second Officer, in addition to her role as Intelligence Officer. Slowly, ships along the border began preparing for war as whispers grew into rumours and rumours grew into verifiable facts.

The Al-Haytham would go on to serve as part of the the Eleventh Fleet during the war. Xanthe would get her fill of combat operations during the time, her role also extending to counselling, as Post Traumatic Stress Disorder ran rampant among the troops and every qualified hand was needed to participate.

In 2375, as the fleets consolidated and gathered for the final push, the Al-Haytham too was assigned to the force that would participate in the final battle of the war, the Battle of Cardassia. The Al-Haytham would not be as lucky as others, suffering heavy damage and losses during the battle, including her Captain and Executive Officer.

Rahal was forced to take command, being Second Officer and needed to make sure the ship was intact enough to make it out of the heavy fighting with as many hands alive as possible. When the Cardassians turned and joined the allied forces in taking down the Dominion troops the Al-Haytham breathed a sigh of relief as did the Allies. The Battle continued for a time, the Allies slowly and steadily gaining ground. Then all of a sudden, it was over. It took a while for the thought to sink in.

It was over, finally. Two overly long years, and a whole year of anticipation. It was finally over. Then the reality of the situation sank in. Her Captain and Executive Officer were dead, most of the Department Heads too. Her ship was crippled and near useless. Not to mention the situation on the other vessels.

While the Flag ships and still functional ships of all the Allies were down on Cardassia, the vessels in direst needs were ordered to return to Deep Space Nine for repairs. Al-Haytham was one of them. It took a while to return, and an even longer while to gather thoughts and put it down in a report. Reports needed to be impartial, devoid of feeling. Facts, evidence and nothing but.

When the rest of the fleet returned to Deep Space Nine, Xanthe and other Commanding Officers needed to undergo another straneous task. Talking about it all. That had been the hardest part, harder than she could ever imagine. It was personal now, something she rarely let happen in her career. How could it not be?

After the reports were submitted and statements taken, Xanthe as well as many others were left waiting for new orders and/or re-assignments. As her parent department was still Intelligence, she was ordered to oversee the collecting of impressions from the upcoming signing of the Treaty of Bajor, the formal end of the Dominion War. After that, who would know? Would she go back to Earth and continue in a different role? Would she transfer to regular service?

She certainly did not expect to be offered command of a newly repaired Akira class vessel, the USS Taniwha. Command seemingly thought that she had done a good enough job in a dire situation. They seemed to think she could do it full time. After much deliberation with her family and colleagues, Xanthe realized that she was interested to see where this change could take her, if she could still do good, from the Bridge of a starship this time. So she accepted.

Now came the daunting task of putting a crew together.