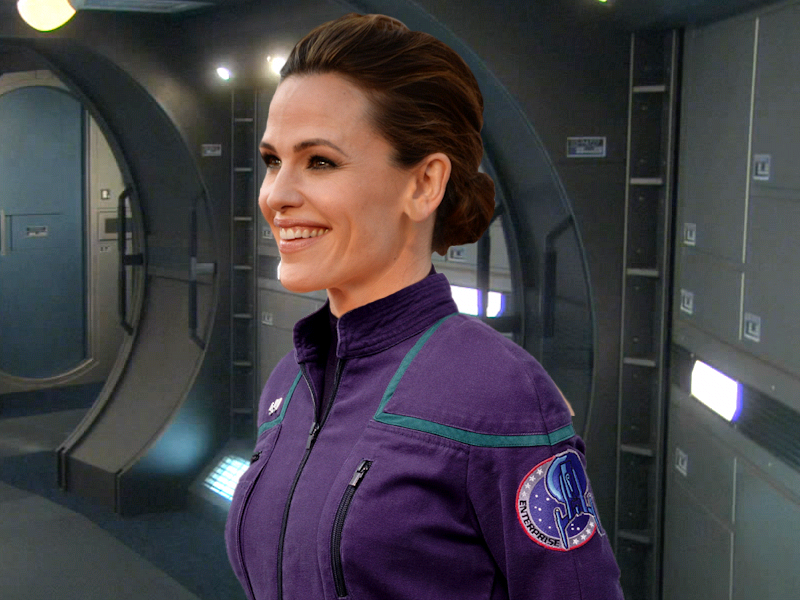 Marsha had a great childhood. Both of her parents were supportive and involved in her life. Her father’s military career spawned a participation in the creation of Starfleet. He was one of the initial flag officers and administrators when the united coalition forces on earth came together in its creation. Despite an involved career on his part and an intense academic commitment on her mother’s behalf, Marsha’s parents made a point of exposing both her and her brother to different cultures and experiences (both human and xeno in origin). They were involved and active in their children’s lives.

Throughout her formative years, Marsha excelled in school – specifically in linguistic and engineering studies. Math and sciences came very natural to her as well. She worked hard and became fluent in several terran languages in her youth. She was also very close to her younger brother Anfim despite the two being very different. He was much rougher around the edges and less committed to his academics.

Despite insistence and direction from her father, Marsha elected to not pursue a career in Starfleet initially. Instead – she attend Yale University at a particularly young age for the time and spent the next several academic years fast tracking and obtaining her PhD in Xenolinguistics. Part of her research was actually used in a small part of the development of some of Starfleet’s first universal translators.

After graduating – Helix Corporation (which specialised in trade relations with various off-world species), hired her on a Translator/Communications expert. Marsha spent several years happily working for them. In 2142 however, her father suffered a terrible stroke – he lived for several months afterwards before succumbing to another fatal stroke. It was during this time he persuaded Marsha to train at the Academy and pursue a career in Starfleet. He had convinced her of how important her skill set would be to the organization and how much good she could do there. She applied and was accepted into the 2143 training year.

Marsha ended up attending Starfleet Officer training with her younger brother – who obtained entry the same year she did.

Upon graduation – and given her background, Starfleet sent Marsha to serve on one of the first subspace relay ships in existence. Marsha spent about a year being involved in the end stages of construction and development of the UES Baikal and then spent a year serving on the vessel as a communications officer.

The Baikal class vessels were quite ugly and lacked a lot of luxuries but came to be essential in establishing a meaningful sub-space communications network for Starfleet.

She moved on to serve two years as the communications officer on the UES Superior which was also a Baikal class vessel. During these years, she became imminently familiar with several xeno-languages and studied them in detail. The vessels proved to be invaluable in establishing a subspace communications network across the regions of space around Earth.

Starfleet Academy offered Marsha a teaching position – given her abilities to speak several xeno-languages and experience in starship service. She accepted, liking the idea of moving back home to keep her mother company. She took an official position as Professor of Linguistics within the organization and received a promotion to Lieutenant.

It should be noted that Marsha was a contender for the initial communications officer position on the NX-01. In fact – she has a particular hatred of Captain Jonathan Archer for not picking her as his officer. The fact that Ensign Sato got the job over her, simply because Archer liked her more, is still something that leaves a sour taste in Marsha’s mouth.

Marsha did enjoy her time on Earth teaching at the Academy and earned her promotion to Lieutenant Commander there, but eventually, she longed for a return to space service. She had turned down two communications officer positions on NX class vessels which came into service after Enterprise. In 2155 though, she finally accepted a posting on the UES Atlantis NX-05 as chief communications officer and second executive officer.

It was during her time on this vessel when the Earth-Romulan war broke out. The face of Starfleet and Earth itself changed drastically during these years. 2156 in particular was a very hard year for her. First she lost her younger brother who died serving as tactical officer on the UES Constantinople, when it got destroyed in a skirmish with two Romulan vessels. Then she had almost lost her own life when the Atlantis was destroyed in the battle of Berengaria. Her escape pod was picked up by a fleeing vulcan ship. There were very few survivors from her vessel.

Despite her losses – her dedication to Starfleet and her job never wavered. She immediately took reassignment working on a new subspace relay vessel. Marsha took position as executive officer and communications officer on the UES Marconi, which was vital in the war efforts. This vessel in particular was essential in ensuring communication lines were not broken in between outlying Starfleet and coalition vessels. The Romulans had made it a habit to destroy many of the subspace communication buoys laid by vessels, which put even more pressure on the aged Baikal and newer Marconi class ships.

After a year of service on the Marconi. Starfleet pulled her from the vessel and sent her for reassignment. Specific details beyond her position were withheld. All Marsha knew was that she would be maintaining her position as chief communications officer and executive officer on this mystery assignment.