Part of the unit-wide mission Task Force 17: The Boundary Of The Final Frontier

Task Force 17: The Boundary Of The Final Frontier

When a nearby unexplored star cluster is threatened by multiple Omega molecules, the USS Discovery leads the expeditionary force to begin helping several warp capable races from escaping the danger that faces them. Nevertheless only the captains of the fleet know what is happening, which causes interesting issues for the many runabouts ordered by Commodore Bennet to leave their ships to assist those who are desperate for help. Those on the runabouts face not knowing what they are putting their lives on the line for as they must follow orders while their commanding officers undertake the Omega Directive.

Members without their own Command might on the surface have a harder time of writing a story. After all, you’re not writing a starship captain privy to the secrets of the Omega Directive, and you’re restricted to runabout missions launched from the ships of the expeditionary force.

But Omega particles can spring up near a Task Force HQ, and there are still lots of ways runabout teams can respond to this. They can try to keep civilians away from danger, or try to evacuate them. They might have to run scans of a region and report back with their findings, even if they don’t understand what it’s for. Starfleet ships will be rushing to lots of regions  and that could cause all sorts of local upset as allies and enemies alike see starships showing up in force and don’t understand why. Starships need protecting, civilians need shepherding, allies need reassuring and enemies need warding off. Even without destroying Omega, there are lots of options for any runabout team setting off from a Task Force HQ. 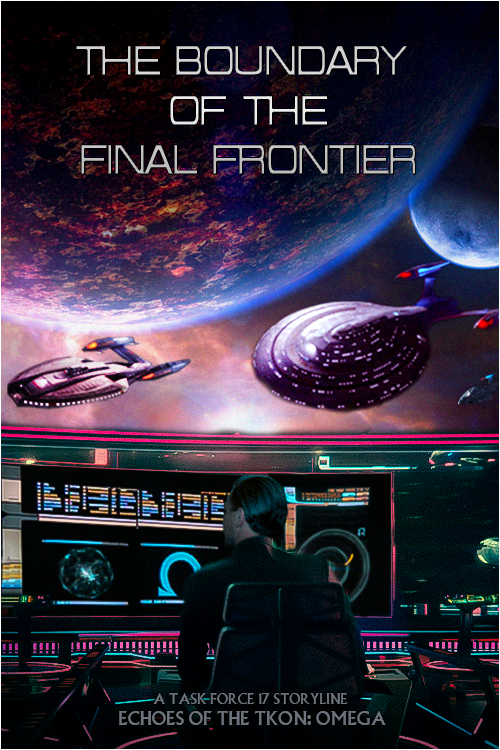 Task Force 17: The Boundary Of The Final Frontier

// Personal Log, Stardate 99202.17 Ensign Emyo… that is going to take some getting used to. To say that the past two days have been emotional would be an understatement. Yesterday was my graduation ceremony, the culmination of the past four years. It was one of the few times when the entire class [...]