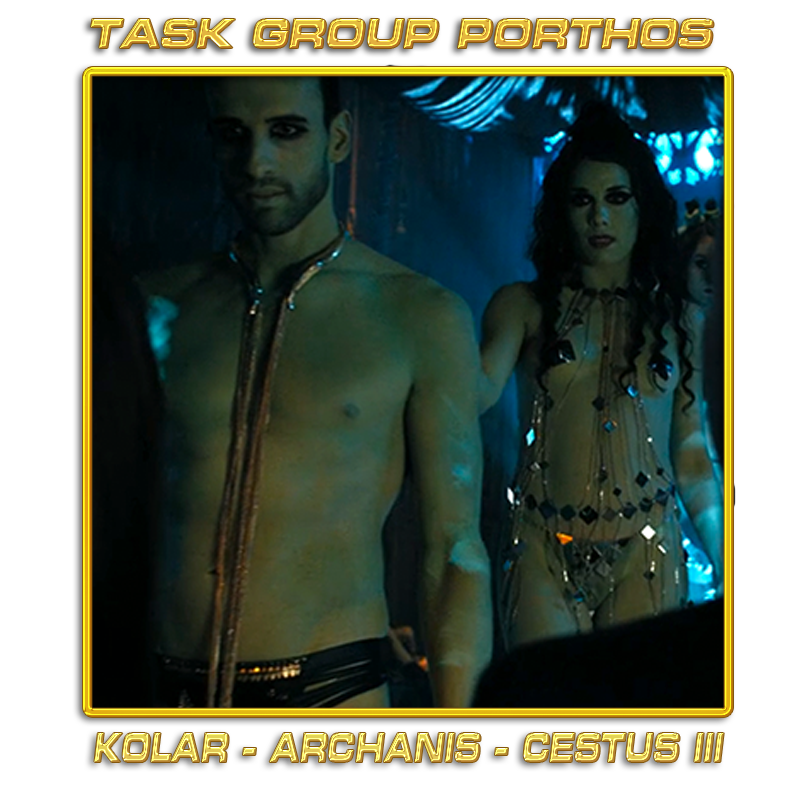 PREMISE
Rimward and Trailing from Khitomer and Starbase 86, the seat of administration in the Archanis Sector is on Archanis itself. In the fallout of the Federation-Klingon conflict and the new solidarity that followed, the Federation and Klingons agreed to joint control of the Archanis system. In 2399, the increasing instability of the adjacent sectors following the collapse of the Orion Vaj spurred Starfleet into a more proactive role. The Rimward Operations Theatre of Task Force 86 formed Task Group Porthos, headquartered at Joint-Base Archanis.

From Joint-Base Archanis, Starfleet hopes to stabilize the region, provide logistical support for the New Suliba Movement, and monitor the ongoing shifts of government on both Nausicaa and Kolar. Starfleet Intelligence has dispatched teams to infiltrate and curtail both the Orion Syndicate and the Yridian data piracy cell known as Soal Qonsur (lit: “Ripe Data”). Concerns with widespread piracy and espionage remain a serious issue for Federation and affiliated groups and distrust in the local systems is high. Many of these star systems have seen fifteen years of minimal Federation assistance and are wary of those resources being pulled again.

The (perceived) stability of the Rimward Klingon sectors afford Starfleet a new opportunity: exploring beyond the Klingons’ Spinward frontier. Starfleet has been granted exploration privileges by the High Council of the Klingon Empire. Starfleet vessels are escorted through specific warp-lanes in Klingon territory, are deposited on the Klingon frontier, and are assigned recall stardates. Their captains are expressly told they are on their own: the Klingons do not explore and do not come to the aid of scientists. Despite that, no longer do deep space, long-range explorers have to go the “LWA”- the long way around.

Game Description
SIGIL is an OPEN COMMAND centered around a mobile Starfleet Intelligence Team. If you are interested in taking command, check minimum requirements for becoming a CO and talk to Task Force 86's Command Team.
View Details
Astoria (NONE-4201)

Game Description
The Federation Merchant Marine Freighter Astoria is an OPEN COMMAND. If you are interested in taking command, check minimum requirements for becoming a CO and talk to Task Force 86's Command Team.
View Details
Joint Base Archanis (SB-66)

Game Description
Joint Base Archanis is an OPEN COMMAND, set in the Klingon-Federation base cooperating on Archanis IV. It is the operational headquarters of Task Group Porthos. If you are interested in taking command, check minimum requirements for becoming a CO and talk to Task Force 86's Command Team.
View Details