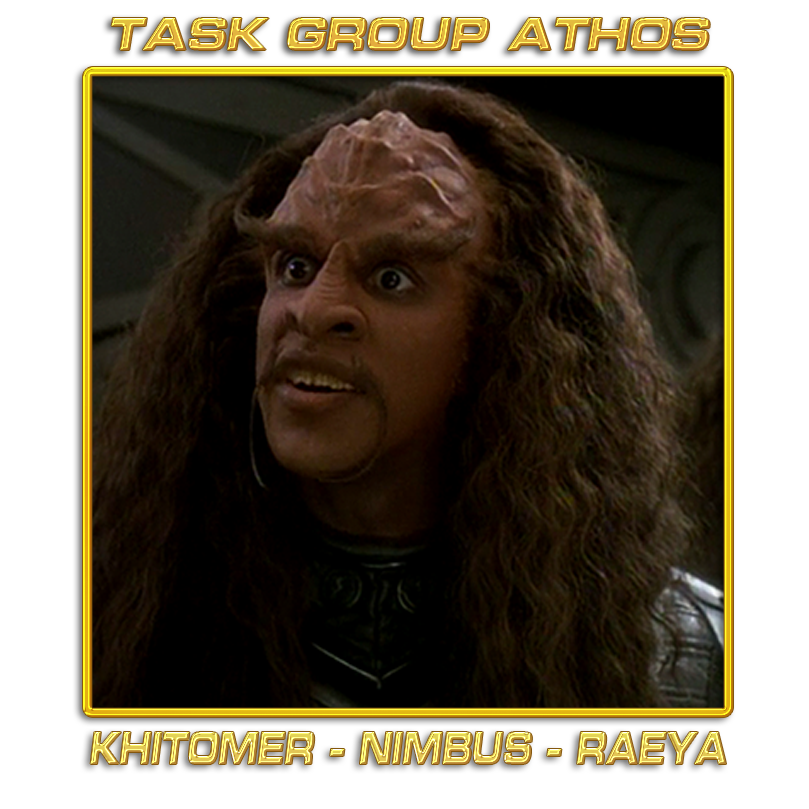 PREMISE
The Coreward Sectors of the Klingon Empire are in flux. The Sovereignty of Kahless is defeated but its surviving zealots have new protectors on the throneworld of House Mo’Kai. There the call to return to the Old Ways finds new tactics- the tactics of resistance and subterfuge; Mo’Kai tactics. Their ways are the ways of deceivers and spies, a hybrid of Klingon honor, and almost Romulan efficiency. There is no smoking gun that it is the Mo’Kai leadership itself- at least no smoking gun that the High Council will accept, nor any proud Mo’Kai allow without demanding personal combat.

An aging Martok sits the throne of the High Council; his health is failing him. Age clouds his desire for glory and honor. He prefers to hunt targ and drink bloodwine in the halls of Ty’Gokor. He is the torchbearer of the status quo and of the Houses who see the Federation as allies. But the young and the hungry- those who have not tasted personal honor- see him as impotent and out of touch. Some turn this resentment to hearing the call of the warrior. Their personal honor is flexible enough to accept the way of the Mo’Kai if it brings glory.

The result is a “cold” civil war as the factions scout each other’s strengths and wait for Martok to breathe his last. He has too much respect among the Great Houses for the dissenters to start a civil war- but when he dies, that respect dies with him. Until then, all sides consolidate allegiances and bide their time. Some aligned to the former Sovereignty believe if they turn on Federation assets again, it could be a catalyst for a conflict they can’t win. They underestimated the Federation, thinking the bombings of Khitomer would send the Humans scattering like the destruction of their precious Red Planet did. Instead, the Federation has returned in force.

Not every Klingon commander loyal to the cause cares: the Federation remains a tempting adversary.

Outside the Empire, the Raeyan Triangle has always been a chaotic sector. Here, the Romulan Republic, the Federation, and the Empire meet in a lawless space. Nimbus III, the failed, so-called “Planet of Galactic Peace” is infamous for illicit trade and crime. The death of Sovereign Maruk on Acamar has forced some of the Acamarian Gatherer Clans back out into space. They retreat to ramshackle outposts in the Azure Nebula and Hromi Cluster, abandoned thirty years ago. Independent Romulan warlords seeking legitimacy and resources. They plague the border colonies and stir up dissent, promising greatness again.

Game Description
The U.S.S. Galahad NCC-80824 is an Intrepid-class starship under the command of Captain Geneva Kysler newly assigned to exploration and diplomatic missions in the Azure Nebula within the operations area of Task Force 86.
Commanding Officer
Captain Geneva Kysler

Game Description
Starship Insignia is an OPEN COMMAND in support of exploring the Spinward side of the Klingon Empire. If you are interested in taking command, check the minimum requirements for becoming a CO and talk to Task Force 86's Command Team.
View Details
USS Reliant (NCC-86400)

Game Description
Starship Reliant is an OPEN COMMAND set around the Raeyan Triangle near the unstable Coreward sectors of the Klingon Empire. If you are interested in taking command, check the minimum requirements for becoming a CO and talk to Task Force 86's Command Team.
View Details
Hawkeye Island (SB-017)

Game Description
Located on a tropical island on Raeya III, Hawkeye Island is understaffed and under-resourced. Task Force 86 and Task Group Athos must reestablish relations with the Raeyans, who have grown leery of Federation assistance since their withdrawal in 2386.
Base Commander
Captain Clay Teller