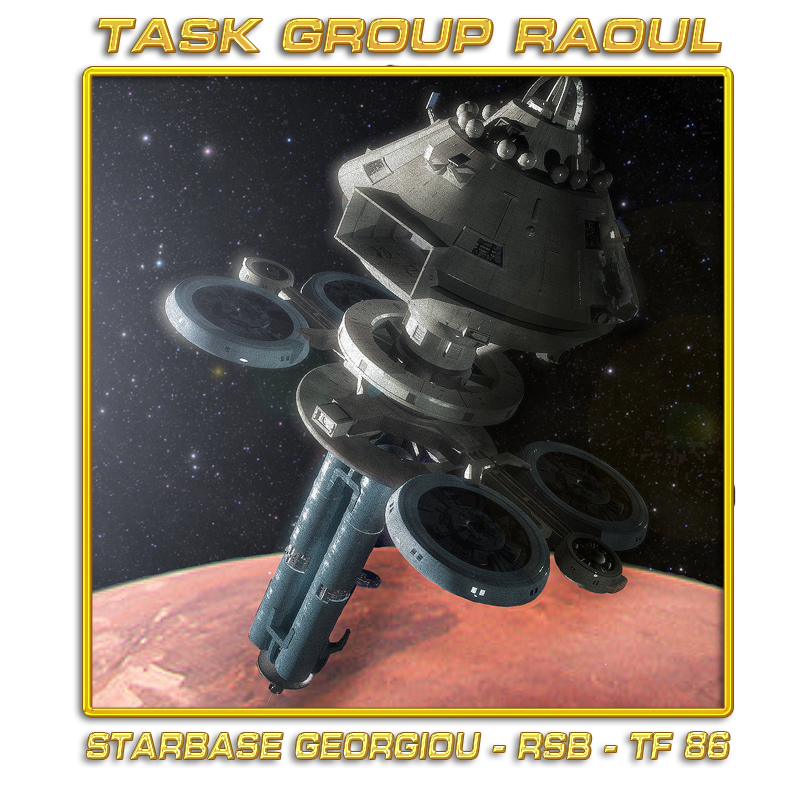 Though Starfleet’s resources in the area remain thin and old installations are having to be pulled from decommissioning yards, the Corps of Engineers are working to retrofit these installations with modern technology. Hopefully, they have enough time. Starfleet Intelligence is concerned that the House of Mo’Kai may be positioning itself to challenge Drex, the presumptive heir to the Klingon Chancellery when Martok dies. If so, it could threaten the Khitomer Accords, which were renewed during the Dominion War and have been a basis of Klingon-Federation relations since then.

Starbase Georgiou was named not for a war hero, but one of Starfleet’s most decorated explorers and scientists, who died trying to keep the peace with the Klingon Empire. It is an old Regula-class Starbase near the Klingon Border, towed there to safeguard the terraforming efforts on the fourth planet in the Carnac system. It is also equidistant between the travel routes the Klingon Empire has purposed for Federation explorers heading for the Empire’s Rimward frontier. Across the border, it is relatively safe and stable- the High Council is in firm control here with the throneworlds of Martok’s traditional allies nearby.

The border here, and trailing toward Joint Base Archanis, is somewhat porous. Klingon ships are monitored but allowed to enter Federation space once they make contact with a listening post. They are free to board Starfleet facilities. This brings with it all the advantages- and headaches- of having Klingons aboard.

Starbase Georgiou is staffed with Type 10 Shuttlecraft and Stalwart-class Runabouts- fairly dated for the time, but they are sturdy workhorses with proven track records. And most importantly, they fare well when engaging (small) pirates and raiders, and hold up against space weather phenomenon.

Task Group Aramis is Task Force 86’s open sandbox for writing Star Trek Fiction in the local 2399 setting. If you are a member of Task Force 86, regardless of whether or not you have your own ship, Starbase Georgiou is meant to be a place where YOU can write. Adventures can take place on the Starbase itself, on Carnac IV which is undergoing terraformation, or aboard runabouts and shuttles signed out to personnel. You are free to collaborate your writings together, or write solo. Please keep the rating at a 1-1-1, as per Relay Station Bravo rules.

Task Group Aramis’s fics are meant to have a “Lower Decks” feel- these are people under the rank of Lieutenant Commander who are assigned missions by Starfleet Command. TG-Aramis is also meant to be for fic writers who want to use small intelligence teams, small security forces, or small science teams without having to use a large starship. When not on missions, they have the run of the Starbase and the planet surface (in the bases or with EVO supplies for plots in the wilderness). The administration of the station, such as it is, is meant to be somewhat distant and faceless.