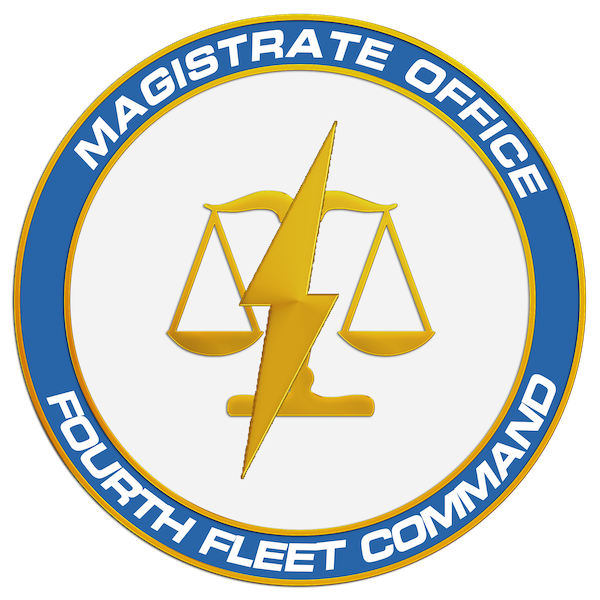 Every member has the right to bring their concerns or complaints to the fleet’s leadership through their task force staff or through the Bravo Fleet Magistrate, without fear of reprisal or negative consequences for their standing within the fleet.

The current Bravo Fleet Magistrate is Jon Matterson. A member of Bravo Fleet since 2003, Jon has served on the Bravo Fleet Command Council and as Bravo Fleet Executive Officer, Bravo Fleet Internet Officer and Task Force Commanding Officer, participated in the governance overhauls of 2017 and 2019, and consistently put the interests of the community first. Jon’s hope is to see a peaceful and prosperous Bravo Fleet, one free of Magisterial proceedings, but he recognizes the importance of the Magistrate’s Office in ensuring fair and impartial judicial process when all other avenues for conflict resolution have been exhausted.

The Magistrate Office’s Defender is responsible for defending any accused person in the Fleet. Upon the completion of an investigation, the Defender will represent the accused party during a trial with the Bravo Fleet Magistrate and the Investigator.

The Magistrate Office’s Appeals Panel exists to examine all issues brought by appellants. The panel consists of three active members selected from amongst the Fleet, each with at least 1 year of service.