"All truths are easy to understand once they are discovered: the point is to discover them." ~ Galileo Galilel

Named after the Father Of Modern Science, the USS Galileo was Starfleet’s jack-of-all-trades, a ship capable of handling any mission the Federation threw at her.  Commissioned June 5, 2372, the Galileo was outfitted and sent to assist in the growing conflict between Federation and Klingon forces.  That mission and most of the subsequent missions were deemed a complete failure.  Starfleet’s hopes returned to dry-dock severely damaged.

After the deaths of her two previous Commanding Officers, many in the Federation grew to consider Galileo a bad omen.  Earning the nickname the “career killer,” Galileo hasn’t seen service in almost four years.  Now in the year 2399, the Federation has once again pulled Galileo into service.

With a new Commander and an untested crew, they have been assigned to Starbase 72 in the Minos Korva System.   The Galileo sets forth to rebuild her name and resort to her reputation. 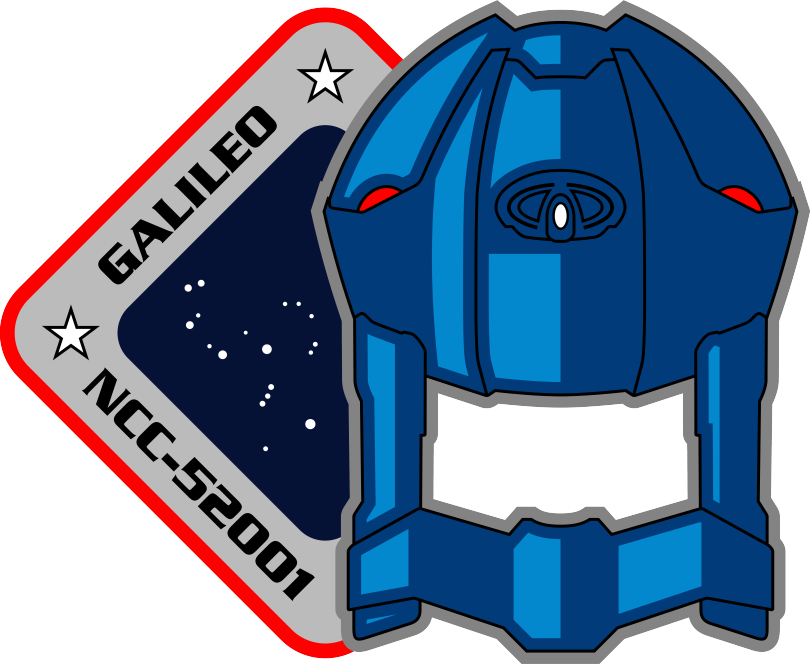 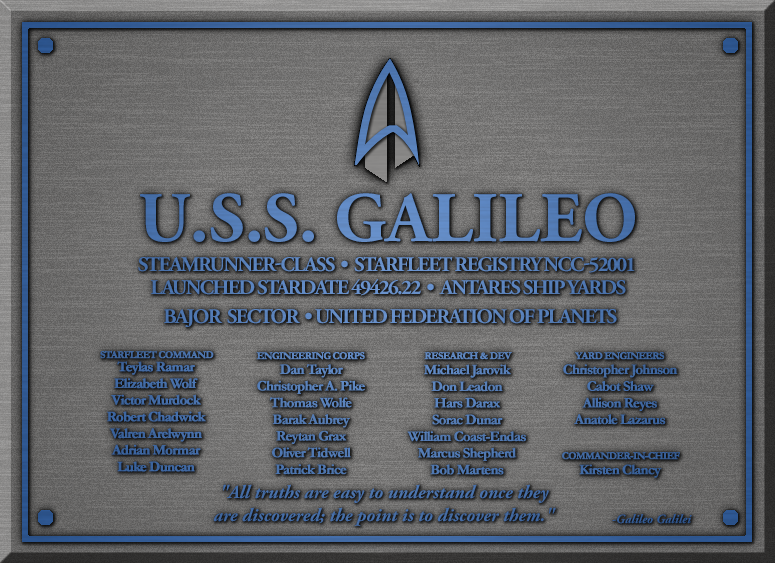 The annoyance on Astrid’s face had to be very apparent; she was not at all happy about the new assignment. She had liked her time on Deep Space 27. She could be who she wanted to be, and no one would say anything to her, leastwise the Commanding Officer.  She had been asked to join the USS [...]