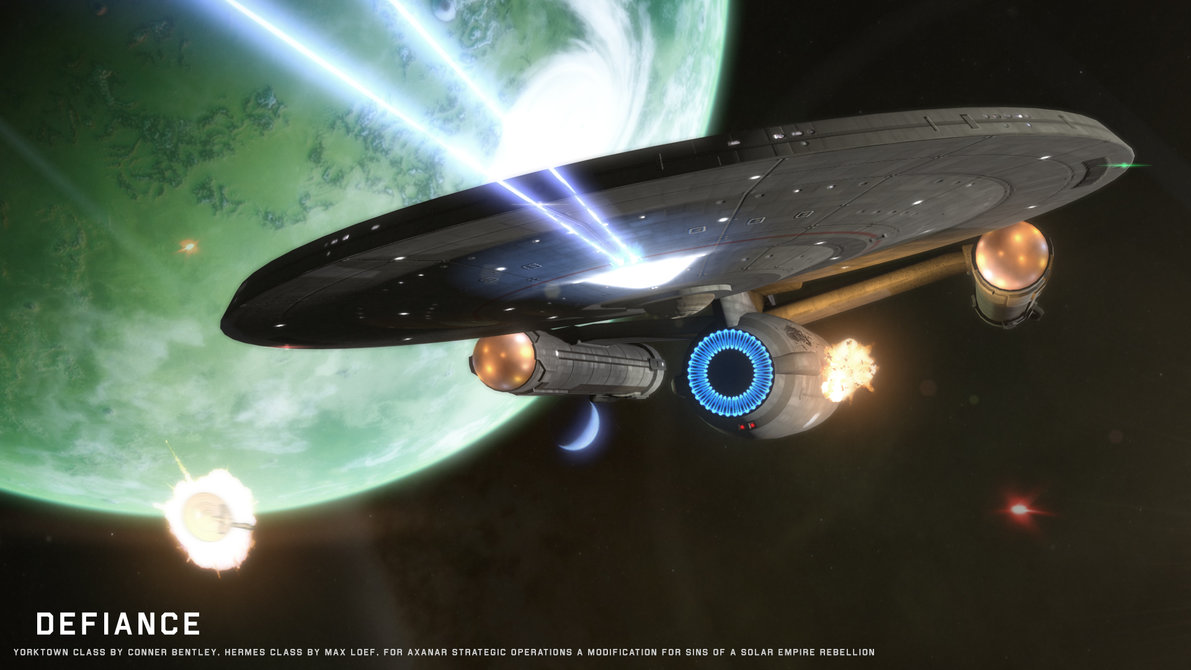 The Yorktown Class has a twin hull design with the two hull connected by a short neck and the twin nacelles on each side of the secondary hull by nacelle pylons that connect directly from the neck. The overall look of ships of this class overall have a visual appearance similar to the ships that would come to dominate the Star Fleet of the United Federation of Planets. This is due to surface details and design elements of this class along with the overall hull arrangement.

In 2142 the Commanding Officers of Starfleet started looking for a possible replacement for the Daedalus class. To that end Starfleet commissioned a team of engineers from Lunar ship yards to develop the next generation of Heavy Cruiser. This team submitted a ship design in 2145 for review and later that same year the design was approved and construction on the Yorktown was started in early 2146. Construction was completed in 2151. The Yorktown was launched on a shakedown cruise that lasted until 2153. Once the ship returned to Lunar ship yards after the cruise the Yorktown was officially commissioned in the later half of that year.

The ships of the Yorktown quickly became the ship of choice for deep space missions pressing out beyond the boundaries of explored space. Ships of this class were also used for diplomatic missions their size allowed them not only to ferry diplomats to newly contacted civilizations but to host conferences on board. After the start of the Earth-Romulan war in 2156 the Yorktown class saw action across the front lines. These ships were seen at most of the major actions in the war. After the end of the war the Yorktown class ships returned to their primary mission as explorers and once the United Federation of Planets was from the Yorktown Class were transferred to the newly created Federation Starfleet.