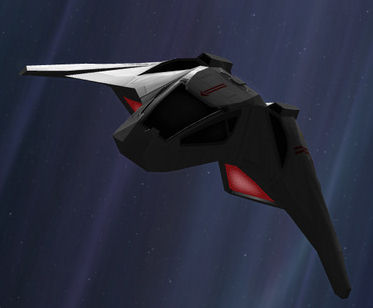 The Valkyrie is designed to function in a multitude of environments as well as roles. To be capable in all the varied conditions the systems are designed with flexibility, versatility, and stability in mind.

Two twin phaser banks at the front of the craft give it a wide firing base and the targeting systems on the craft allow it to hit specific systems on larger ships. Typically the hard points not used, or is used to carry fuel for longer range missions. The extra mass reduces the maneuverability of the craft.

Speed and maneuverability are used to keep the starship’s weapons at bay. The Valkyrie typically targets systems on board the ship in able to gain an upper hand. The hard points can be outfitted with a munitions pod that can carry extra weapons such as micro torpedoes.

The Valkyrie can use thrust vectoring to fly lower and slower to support the friendly ground forces. The hard points usually outfitted with ground attack munitions of a varied kind, depending on the mission and environment.