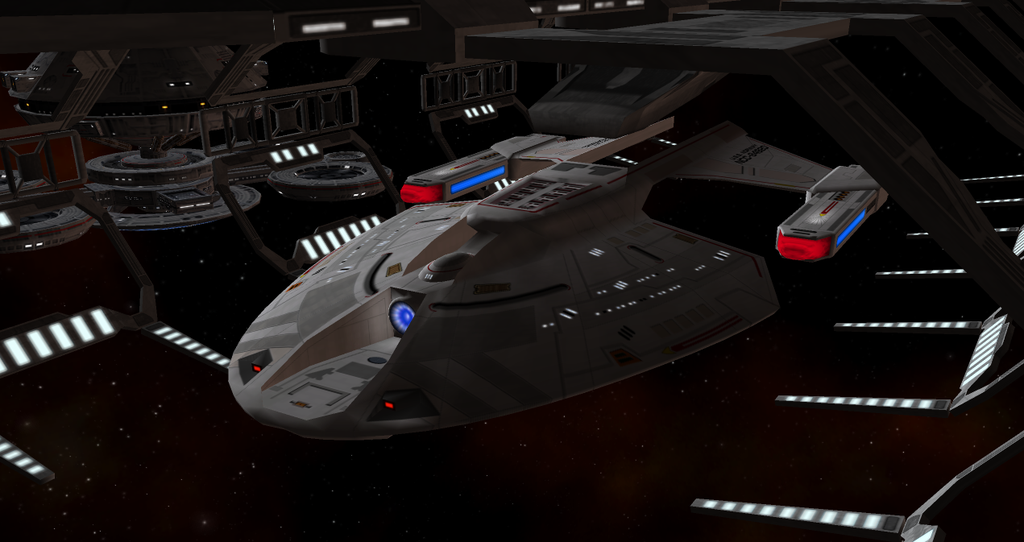 The birth of the Norway Class was a direct product of one of the rejected proposals for the Steamrunner Class. The proposal was heavily modified and put back on the drawing board as a new supplement to the newer designed fleet that Starfleet Command was looking to construct to replace its aging fleet.

With the Akira and Steamrunner projects well under way by the 2340s, Starfleet felt that it had cured the problems of fleet wide obsolescence and combat deficiency that had faced it. Starfleet Command now turned its attention to the other arenas. The Akira, Steamrunner, and Saber Class’, while still vessels of exploration, had been more combat oriented than the average Starfleet design. Concentrating on these vessels had left a gap in the more important areas of dedicated science and diplomacy. The Norway Class was to have a reduction in armament from the original proposal to allow two extra science labs, a set of ambassadorial quarters, improved medical facilities for a ship of its size, and a large conference hall complex to be inserted. This would allow the Norway to host multi-party talks and scientific conferences on a significantly larger scale than its counterparts could manage.

Development of the Norway Class went relatively smoothly, with the prototype launched in 2361 and series production begun later that year after a shakedown cruise. The ships have a single hull of triangular profile, with the two nacelles supported on struts which project aft. In most respects the design is unexceptional: lagging slightly behind the cutting edge represented by the other ships in the new generation fleet. The designers generally chose reliability and low maintenance over performance. The ships have proved very popular in service largely because of the good accommodation standards. Norway’s have served with great distinction throughout the Federation, playing host to countless functions and events. Although the advent of the Galaxy Class proved the much smaller Norway to not be as precious or rare as originally intended, however the Norway Class is still an exceptional ship for it’s size in diplomacy, exploration, and defense of the Federation.