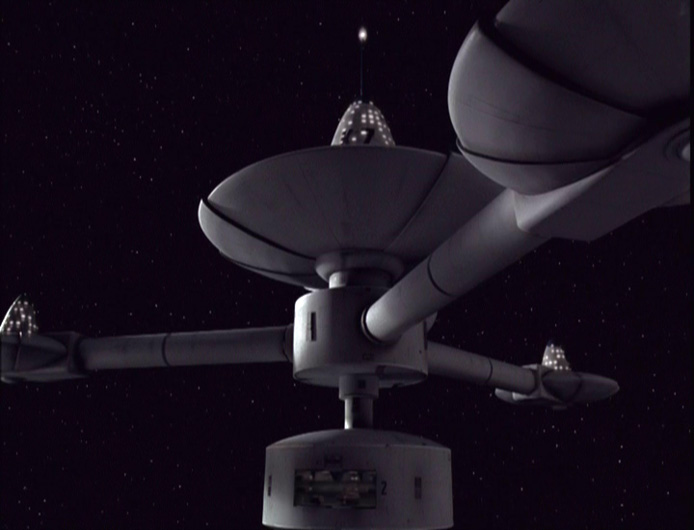 Once a common sight within the Federation, these stations are now reaching the end of their operational life and being phased out of service. Designed as interstellar border trading posts to encourage increased trade with other species, the stations more than accomplished their goal. Over 92% of the stations deployed have more than paid for themselves over their lives, while over half have returned more than double the initial investment.

The design of the stations was fairly conventional, with a central core made up of various cargo, engineering and support areas, surmounted by an eleven deck crew accommodation and recreation area. The base of the core was a large hangar designed to house and maintain visiting small cargo craft as well as the stations own small complement of shuttles. Projecting outwards from the core are three long ‘arms’, each tipped with a section containing more cargo bays and a docking port for larger ships, as well as a five-deck section containing accommodation and recreation areas for visitors.

The stations generally had an uneventful life, but a few have been involved in important events. Deep Space Station K-7 was heavily involved in the Federation’s colonization and development of Shermans planet, over the objections of the Klingon Empire. This station was also the site of a time-traveling attempt to assassinate Captain James T. Kirk by a Klingon citizen, an attempt prevented by the crew of the USS Defiant.

Although many of the stations have been retired, the Federation decided to keep the remainder in service though the Dominion War in order to use them as supply depots for the Starfleet. Now that the war is over, these are either being seldom used or contracted out to civilian operations.