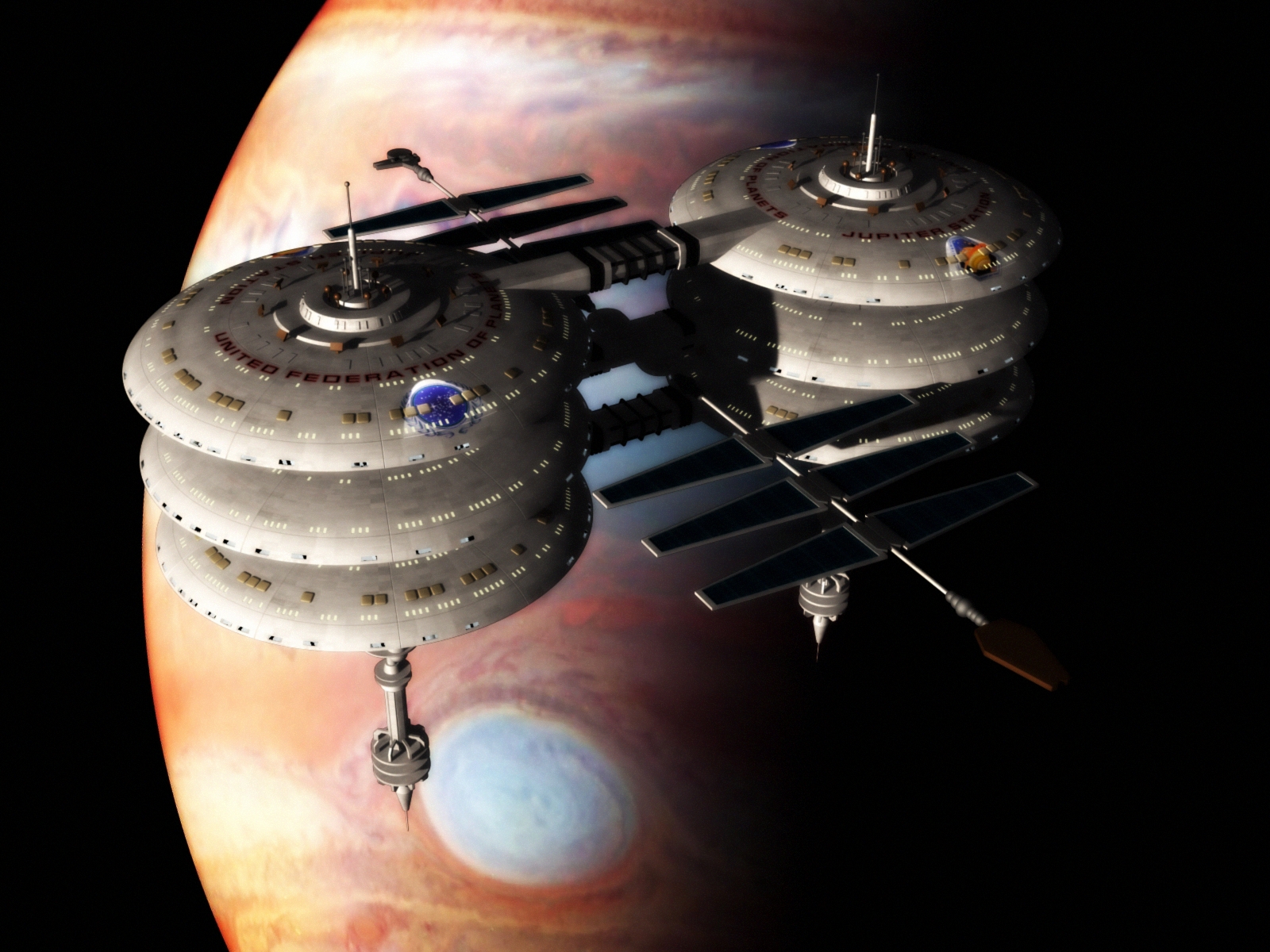 For many years Starfleet had used planet based facilities for reseach and scientific projects. In the early 2300s, designers envisioned a large space borne facility. After several years of discussion, the Jupiter Station type of Starbase was designed and built. Today, there are four in the Federation with another building.

Originally a small high Earth orbital facility and the space borne part of the Warp 5 Project, Jupiter has been re-incarnated as a huge Scientific Space Station. The current version of the design was originally designed to be one of the Spacedock Class class of Starbases. However designers decided that since ships would not be built or housed within the base like a Spacedock Class, they would construct a totally new design.

Designers wanted to give all the Scientist and Engineers stationed aboard plenty of space for their work. They laid out a three tier by two saucer design. At the top of the Starboard saucer would sit the station’s Ops, while at the top of the port section would be control center that’s responsible for regulating all of the projects taking place aboard the station.

Weapons and shields were given low priority due to the primary role of science, however engineers weren’t blind to threats. Shield systems of the Spacedock Class were included as well as a scaled back weapons suite. Shuttle bays were also added, as well as a state of the art communications and sensor array. Designs also fitted the middle saucers with secure facilities for testing starship warp cores. Designed to be able to contain a core breach, these facilities were later fitted with ejection systems that would fire off a core at a speed to have it clear the base before exploding.

Later additions included personal and starship based weapons testing facilities as well as other various scientific research facilities such as a holographic research laboratory run by Dr. Lewis Zimmerman.