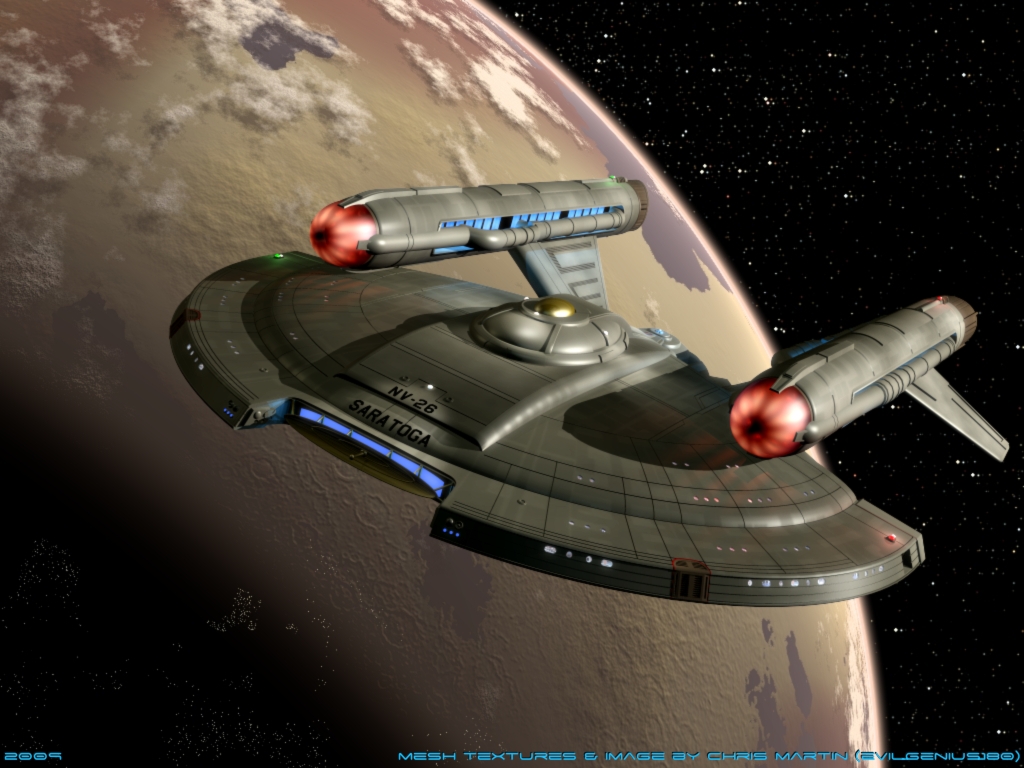 To protect the Intrepid Class from the dangers they will encounter in deep space these ships are equipped with Hull Polarization systems. To provide ship’s of this class with offensive capabilities they are equipped with eight Phase Cannons. four of these cannons are located along the dorsal surface of the ship’s hull and the other four are located along the ventral surface of the hull. There are also two torpedo launchers mounted in these ship’s so that they both cover the aft firing arch and are set up to fire both Spatial and Photonic torpedoes.

n 2148 Starfleet Operations commissioned a team to design a replacement for the ageing Delta Class. The resulting design, named Intrepid, borrowed heavily from the NX class. Construction started in 2150 and completed in 2152. After a short sake down cruise. The Intrepid returned to the ship yards were the ship was equipped with the newly developed Spatial. A final round of testing of the ship and its new weapons system the Intrepid was officially commissioned in 2153.

The Intrepid and other ships of this class were tasked with exploration of missions studying systems previously discovered by other ships. This allows ships like those of the NX class to carry out exploration missions further from Earth and Earth controlled systems. Ships of this class saw action during the Earth / Romulan war and were often tasked with system defense. This allowed the larger Daedalus class and NX class ships to undertake offensive missions into Romulan held systems.