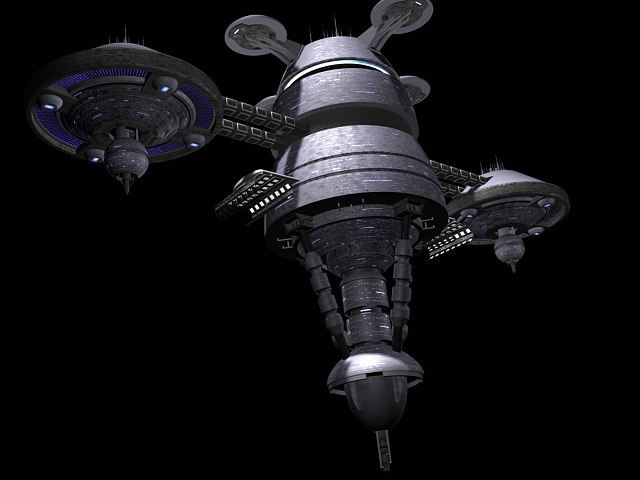 The Immense Class starbase was Starfleet’s most heavily fortified frontier space station in use in the late-24th Century until the introduction of the Guardian-class starbase. Compared to other classes of starbases, the Immense-class is aimed at providing an intense tactical presence in highly valuable strategic locations on the edges of Federation space.

In 2369, the Federation had taken over administrative duties of Deep Space 9, a former Cardassian station, which in its earlier days went from a simple ore-processing station to one of the most important stations (both politically and strategically) in Federation care due to its being the guardian of the recently discovered Bajoran wormhole, the only stable wormhole to have been found. Over the next few years Starfleet would work really hard in upgrading the station’s defences so to ensure the Bajoran claim on the wormhole was strong and to defend against an imminent Dominion attack.

It was during this time that Starfleet was aware of how well a station of its size and calibre was able to remain firm in its conviction on the front lines. Starfleet wanted to make its own class of station that was of a similar ability and size. This design was named the Immense-class and it went through a number of changes in its early days, however by 2378 it was ready to be constructed. This mid-sized station would be able to support an entire task force, house and store plenty of supplies and provide a good defence position to protect Federation interests in the area it was in.

Construction of the first Immense-class starbase started in late 2378 in the Beta Quadrant. Deep Space 19 was finished by early 2381 and was made fully operational thereafter. Deep Space 19 became successful in supporting the Fourth Fleet’s Task Force 21 as it dealt with security threats from nearby hostile races while expanding the Federation’s sphere of influence in the area as well as exploring parts of the Beta Quadrant that had been un-chartered. Deep Space 19 was tested during a number of incidents where it was attacked by antagonistic races, including the Borg. However the station survived each assault and would become the central hub for local diplomatic efforts in maintaining peace with the local powers.

Other Immense-class stations were quickly built during the early 2380s, including Starbase 900 that was built in the Delta Quadrant after the discovery of a stable Iconian Gateway. These classes of starbase have served the Federation well on its borders and will most likely continue to do so for the foreseeable future.