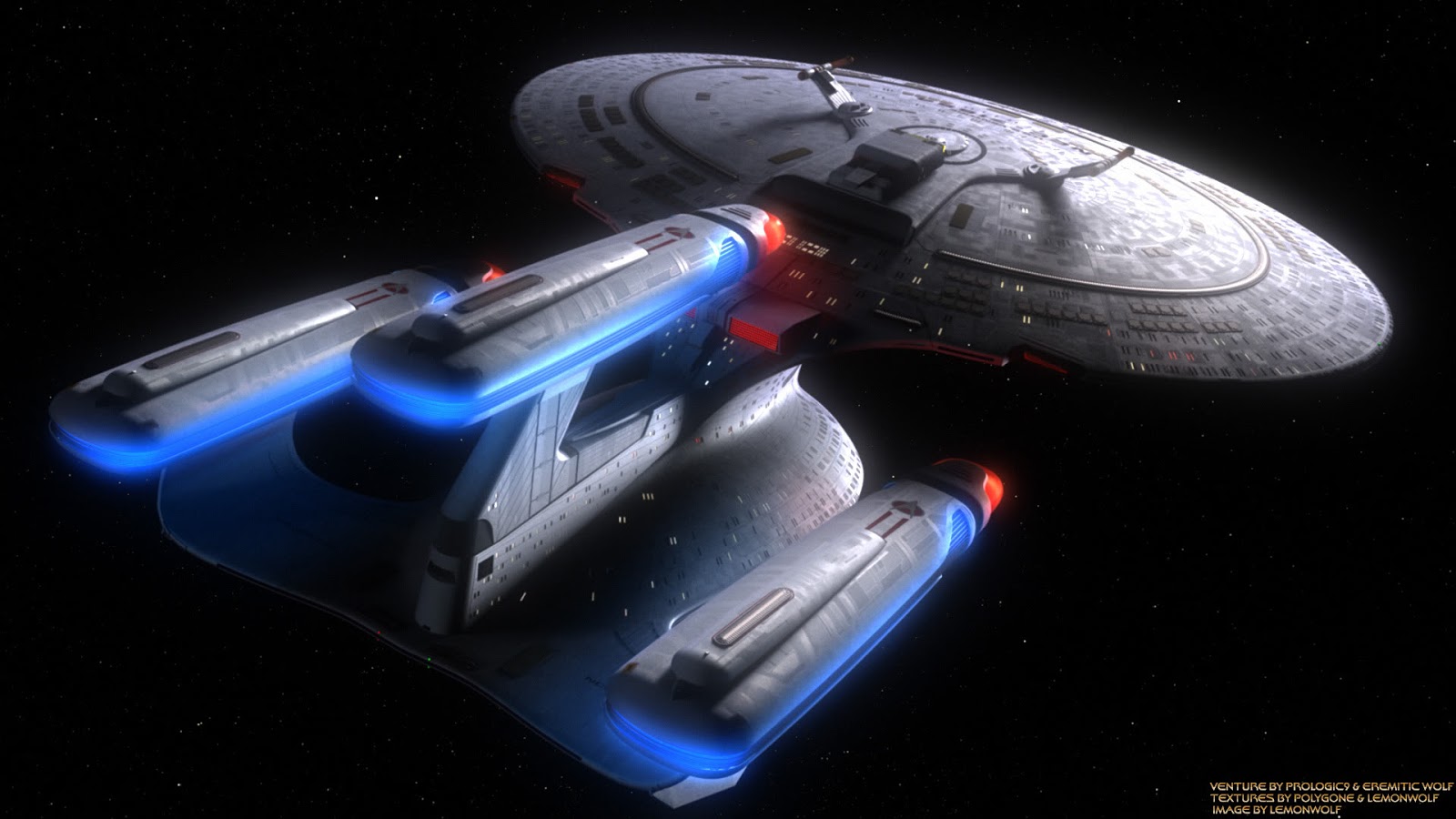 The Galaxy-class refit, interchangeably referred to as the Dreadnought-class, was the first starship in Federation history born out of the necessity of survival. Built on an existing frame, the Galaxy-class refit was Starfleet’s first attempt at a true space-based dreadnought to primarily combat the looming Borg threat of the late-2360s.

While the Galaxy-class refit is capable of scientific endeavours if the need should arise, and primarily is tasked with that duty during peace-time, the ship is in no danger of being sent on a multi-year deep space exploration assignment.

Similar to its exploration capabilities, the Galaxy-class refit lags behind its namesake. The refit has an adequate ability to host functions, with several amenities shared with the Galaxy, but doesn’t have the same ability to host full blown diplomatic events. Much like exploration as well, the Dreadnought is not going to be asked to host a diplomatic function other than in a pinch.

The Galaxy-class refit is, as its alternate name suggests, the first real dreadnought that the Federation has ever constructed. In order to combat the Borg, the Galaxy-class refit was designed entirely with combat in mind from its weapons to its engines to its powerful sensor array.

The Galaxy-refit was supplemented with extra arrays to give it 360 degrees of firing ability, redundancies in case some phaser arrays were taken offline, and shared the experimental Type-XII phaser cannons from the Defiant-class. A pod was added on the dorsal side of the saucer which included extra fore and aft torpedo launchers. Most notably, the Dreadnought-class is equipped with the experimental Type-XV phaser cannon mounted on the ventral saucer. Aside from being the most powerful weapon ever mounted on a Starfleet vessel, the idea was to be able to hit a Borg vessel with a single staggering blow before it had time to adapt. In practice, it can tear through the hull of almost any Borg ship in seconds.

Much of the ships areas that were slated for scientific endeavours on the Galaxy-class version were removed to have more storage room for torpedoes, more crew quarters for troops as-needed, and room for additional power regulation and generation systems.

Most officers who have served on a Galaxy-class starship would say that life on the refitted version is not entirely that different. The ship still has a Ten Forward lounge, multiple holodecks and holosuites, even a family or two are allowed onboard during peacetime operations. The noticeable difference is in the amount of crew. Whereas the Galaxy normally boasts a crew of about 1,000 souls, the Galaxy-class refit usually hovers around 2,000. With much of the extra crew quarter space from the original Galaxy platform refitted towards tactical systems, life on the refit is a little more cramped with lower-ranking crew members typically having to share bunks, unlike the Galaxy-class.

The encounter between the USS Enterprise-D and what would soon be known to be the Borg Collective in 2365 was the first real, overwhelming challenge the Federation had faced in nearly one-hundred years, and as a result, Starfleet began work on programs designed to counter it. One such program, focusing on how the Galaxy-class had performed against the Borg and its limitations, would become the Defiant-class. But there were those that felt that moving towards a larger, battleship type design was the answer. While the Defiant design project got underway, the Battleship program looked for ways to beat their competitor to production. As such, it was decided to build upon an existing capital class platform instead of working from the ground up. The Galaxy-class design was chosen, as the final six of the initial production of 12 vessels had been left incomplete and in storage.

The Galaxy-class vessel designated USS Yorktown was chosen for the refit and taken from storage to Utopia Planitia Shipyards in orbit of Mars. As the Yorktown had been taken only as far as the final framework stage of construction, to call the program a refit would be somewhat misleading. Most vessel refits are mostly focused on the upgrade and replacement of core systems, while much of the vessel infrastructure is left intact. The Yorktown, however, offered the design team a nearly blank slate to work from, and as such the difference between the new design and standard Galaxy lead the designers to designate the project the Dreadnought-class, with the class lead being renamed USS Dreadnought. Tactical systems were revamped from the ground up, and the new Type-XX phaser was integrated into the lower saucer. All primary systems were designed with full triple redundancy backups in order to increase survivability and tactical endurance in large scale engagements. This even included the installation of a third nacelle configured in a split internal arrangement, with an eye towards increased performance and efficiency as well. Her combat coordination systems were on par with those installed in most starbases, allowing the Dreadnought to serve a command and control function in large fleet groups. In short, she was designed as the ultimate combat flagship.

However, as the Borg threat lessened the project was scaled back somewhat. While the Defiant project was canceled, the Dreadnought limped on with the backing of a smattering of “Battleship Admirals” at Starfleet Command. However, even with that support, the Dreadnought herself was the only ship of her kind until 2371 and the destruction of the USS Odyssey. Starfleet was once again faced with the reality of their best ships being outclassed by the enemy and geared up production. As the Defiant-class project restarted, Avalon Fleet Yards was chosen as the new construction yard for a series of Dreadnought vessels. A production run of 11 additional ships was authorized by Starfleet, with the first ship renamed during construction to honor the recently lost Galaxy-class USS Pegasus.

As the Dominion War dragged on, however, the pace of the program lagged behind that of other classes, notably the revitalized Defiant-class. While those ships that reached the front lines and saw combat during the war performed admirably, their overall impact was mitigated by their rarity. Also, newer classes such as the Sovereign-class were able to build upon what had been pioneered by the Dreadnought, and the combat-oriented subtypes derived from that design would leave the Dreadnought behind. The last of the original 12 vessels ordered would leave the production line in 2378 four years behind schedule, a victim of shifting resource allocation and general disinterest. Following her christening, the program was quietly canceled by Starfleet amidst little fanfare or notice. Today, the remaining vessels of this class serve with distinction throughout the fleet, unique vessels born in conflict that now live on in a role of peaceful exploration.

Of the 12 Dreadnoughts ordered, 4 were completed to the specifications of the USS Europa and would be known as the Europa subtype. These ships did away with the split nacelle in favor of two additional standard nacelles instead. This would end up yielding decreased performance over the standard models, and by 2383 the last of the four vessels had been dry-docked and reverted to standard specifications.