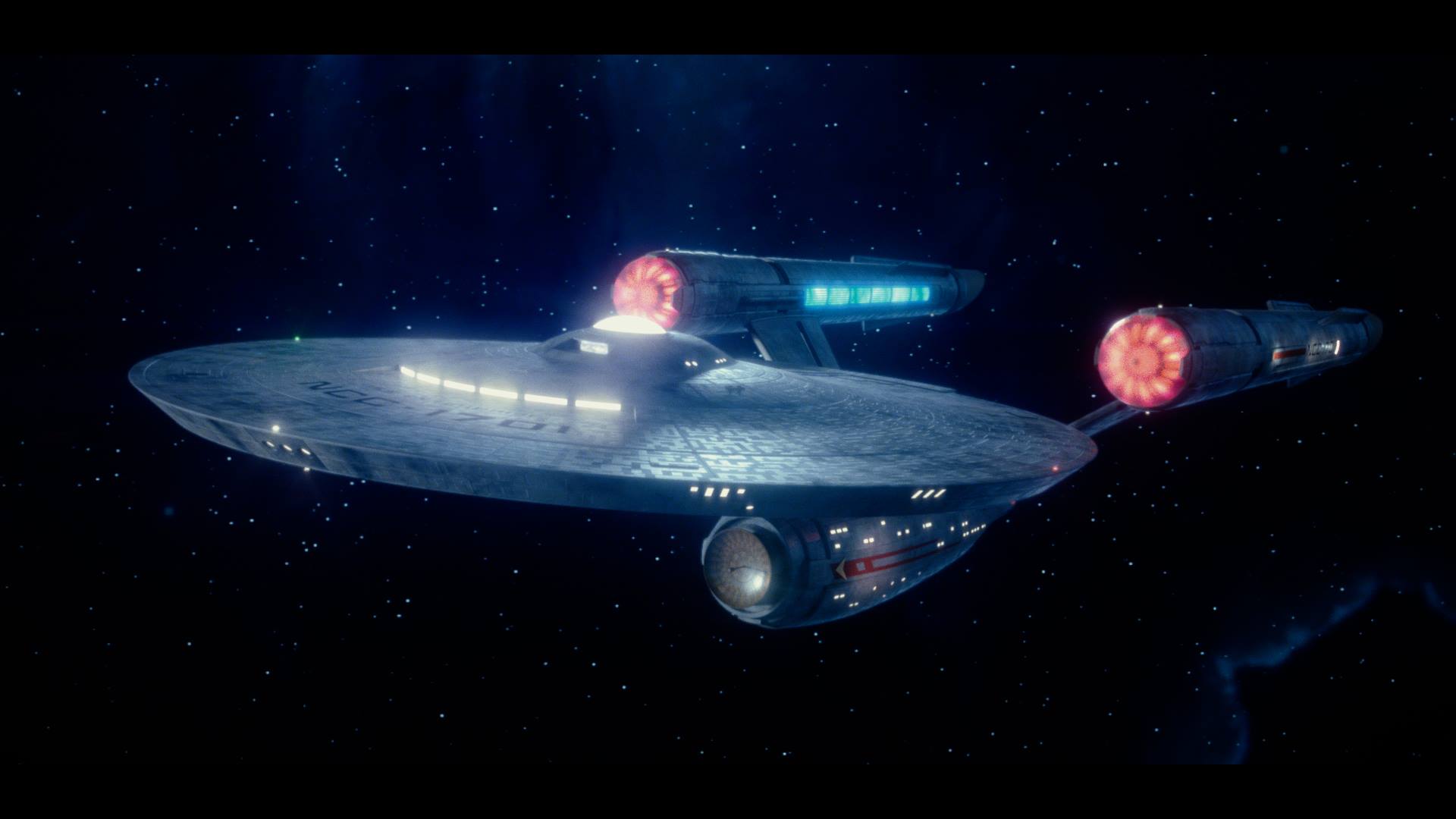 The Constitution class had the saucer shaped primary hull, engineering hull and twin warp nacelles that is the basic design of federation ship classes.

Ships of this class were designed to operate for extend periods of time at the edges of Federation Space or even beyond those borders. This led ships of this class such as the USS Enterprise being tasked with missions of exploration and scientific discovery that lasted for five years. It was these five year missions that would come to be the primary tasks of the Constitution Class in the 2240 through the 2270’s.

While ships of this class are most often noted for there exploration and discovery missions the Constitution Class was also well equipped to deal with tactical situations. The primary weapons systems were housed in the primary hull with secondary phaser emitters mounted in various locations on the outer hull to provide cover outside the firing arch of the main phaser emitters.

By the 2270’s the ships of the Constitution class had served as Star Fleet’s front line vessels for thirty years and were showing their age. In 2271 the USS Enterprise was put into dry dock facilities at the San Francisco Ship Yards to undergo a refit that resulted in the Refit Constitution Class that would go on to serve the fleet for another eighty years.