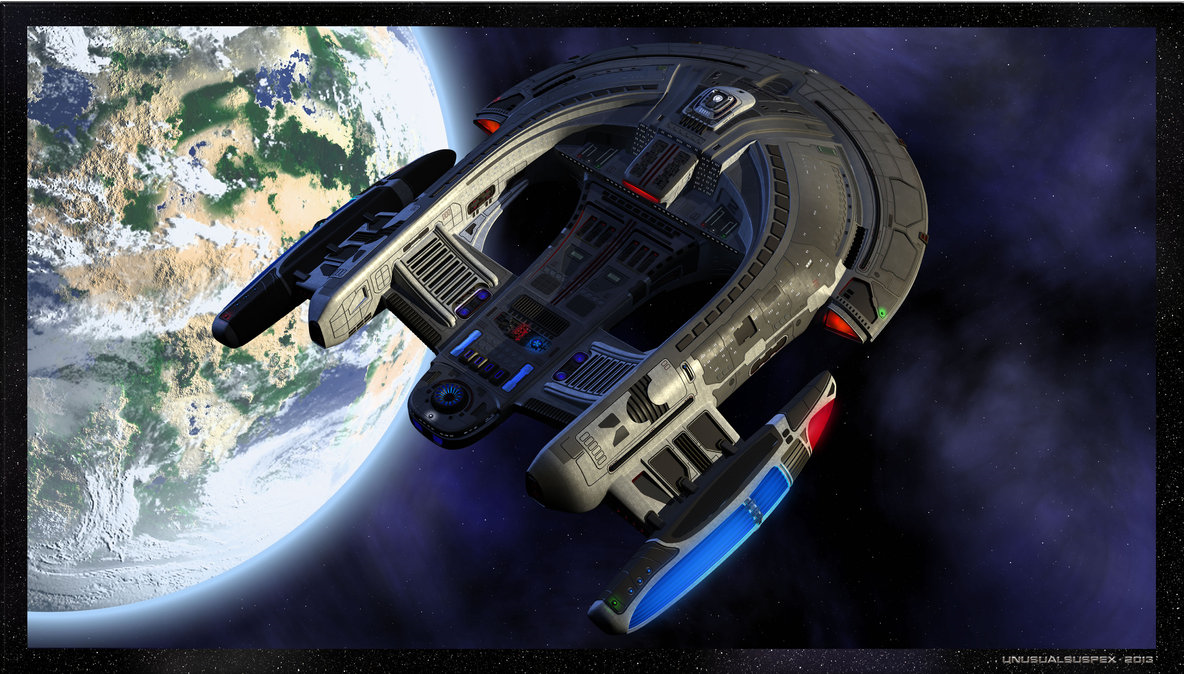 With the development of the Nimitz prototype by Starfleet, the Starfleet Corps of Engineers invented, developed and expanded upon many new technologies including, but not limited to, saucer separation modes, the multi-vector assault mode, rapid emergency response systems, large scale starship triage systems and multiple warp core systems. However, in spite of all its contributions to the technologies of the fleet, the Nimitz lacked any particular merit as a single starship itself. Many of the test bed systems on the ship were highly incompatible, the ship was quite small for all the systems it was trying to incorporate and the over-engineering of the ship was nearly catastrophic for the strength of its frame. Frequent repairs of the disparate systems were required and over time the prototype became highly inefficient to maintain.

While the Nimitz was, overall, a failure, Starfleet was still in need of some type of rapid response emergency starship that could also fill the role of a light cruiser in fleet combat situations. Out of this need the Atlantia Class was born. Roughly the same size as the Nimitz, with much more advanced systems, the class retained only the rapid response systems originally tested on the Nimitz.

The Atlantia began development in 2380 and construction in mid-2381. The Atlantia included the advanced internal nacelle design seen in the Sovereign and Intrepid, for higher sustained warp speeds for long time periods, as well as the latest in bio-neural gel packs, now common to starship design. She was provided with many of the latest medical, security and evacuation systems, which were installed last, and the Atlantia prototype was launched for her shakedown in late 2383. While not able to create a rapid response situation on command, Starfleet was none the less impressed by the way the ship performed in all other areas.

The ship was officially commissioned in early 2384 and more were ordered into production. Since then the Atlantia Class has proven itself a durable and reliable rapid response starship, performing admirably in several response situations that have occurred since it’s commissioning, and is considered a useful new asset for the entirety of Starfleet.