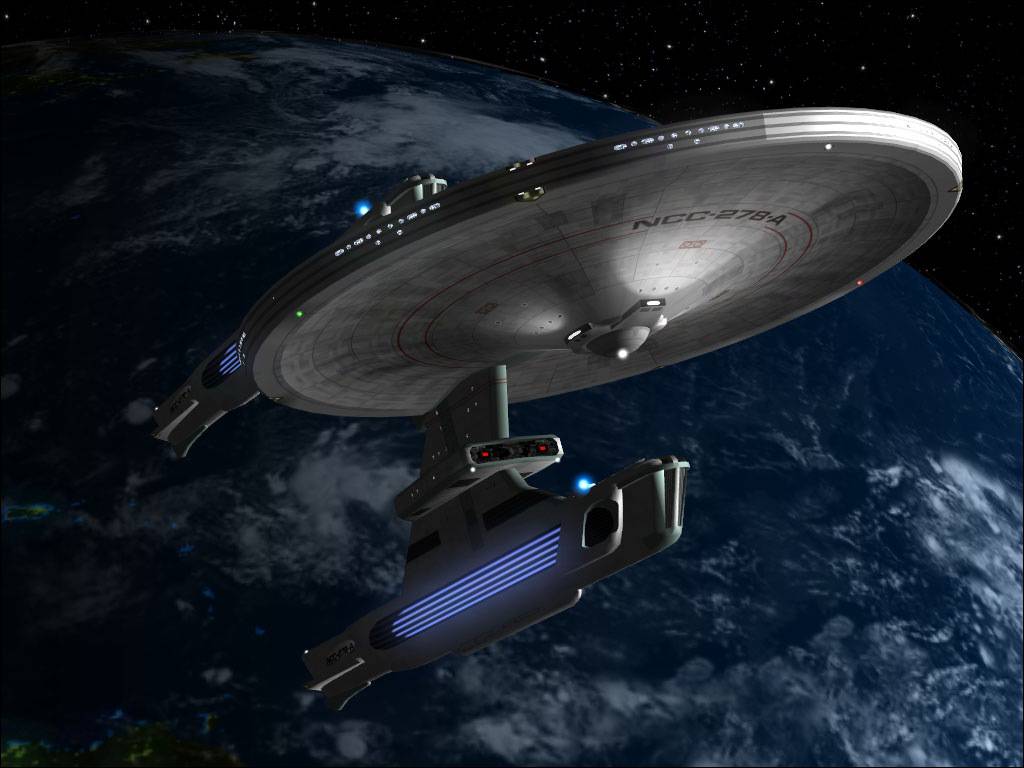 The Akula class is a frigate and shares a design ascetic with the refit Constitution class and Miranda class. Ships of this class is a single saucer shaped hull with the nacelles arranged so that one is held above the ship’s hull and the other is held below the ship’s hull. The ship’s impulse engines are built into the aft most edge of the ship’s hull just below the upper nacelle pylon.

The Akula class is equipped with six Type-VIII Dual Emitter Phaser Banks three of the phaser banks are mounted to dorsal surface of the ship’s hull and the remaining three are mounted to the ventral surface of the hull. Theses ships are also equipped with four torpedo launchers which are housed in a weapons pod mounted in the lower nacelle pylon just above the lower nacelles. To protect these ship’s from the hazards found in deep space the Akula ship’s are equipped with Deflector Shields.

In 2232 a examination of the state of the fleet showed that the fleet was in need of a light cruiser that could rapidly respond to emergency situations and act as a patrol vessel freeing up the larger ships, such as the Constitution class for missions of exploration. To fill this need the Advanced Starship Design Bureau reached began working on possible designs By 2234 a group of ten possible designs had been developed and after a four month review of the designs the possible designs had been reduced to two. The USS Akula and USS Oberth. After a second round of reviews that included computer model simulations the USS Akula was chosen for further development in 2235.

In 2239 the USS Akula had passed its final review and the Antares ship yards was chosen as the construction facility. After a brief keel laying ceremony construction was started in 2240. By 2243 construction was completed and the Akula was launched on a shake down cruise. During the cruise several major systems failed to meet expectations, including the ships warp drive, Phaser banks and long range sensors. The Akula returned to dry dock on 2244 and by 2246 repairs made and the Akula once more was launched and after successfully completing all system tests the Akula was commissioned in 2247.

The Akula Class quickly became a standard sight along the space lanes. The Akula class became the ship of choice by those tasked with rooting out pirates plaguing the space lanes along the wilder parts of the Federation border regions. By the start of the war with the Klingons in in 2256 the Akula class was already seen as a battle chosen ship class. During the war the Akula class saw action in a variety of missions from escorting supply and medical ships to carrying out raids into Klingon Space. With the end of the war in 2257 the Akula class ships once more proved to be capable for more than patrol missions as they filled in for larger ships undertaking research missions while the war losses were replaced.

The Akula class once more saw action during the short war with the Klingons in 2267. During this conflict a Task Force of three Akula class ships successfully defined the Hromi Cluster from an equal number of Klingon D-7s. By the 2305 the Akula was a ageing ship class and was being out paced by new ships so it was decided to decommission the class. The final Akula Class ship was decommissioned in 2310.