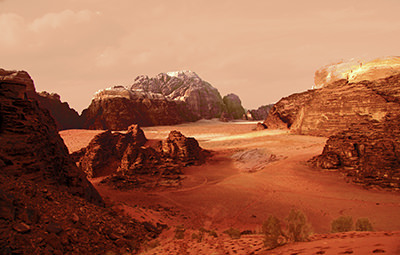 Born in 2210 of the Terran calendar, Nirak is from outside Vulkana Sirat, a medium-sized city built into the cliffside of the Vulkana Sirat lava flows. It’s volcanism long extinct, it is a wide expanse of flat land typically hit by sand storms and the kind of thunder and lightning that would terrify a Human. It is situated in what would be just “above” the Antarctic circle similar in corresponding location to Tierra del Fuego on Earth. It is a region that was friendly to the Melder subculture and to the Syrranites one hundred years ago. The region was heavily subject to martial law during that crisis. By High Vulcan standards, Vulkana Sirat is “quaint” and “rustic.”

Nirak’s family is not of the old nobility such as Sarek’s but descended from a mixture of monks and educators. His mother has attained Kolinahr. 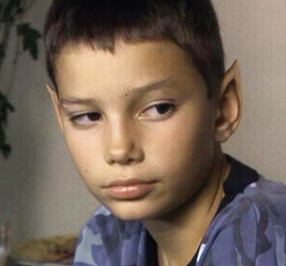 Nirak’s childhood was typical. He spent most of his time in the education centers, learning rote knowledge and critical thinking while always striving and being tested for his logical uniformity. As a young child he was fascinated by the monasteries through his home region, particularly fond of their simple but evocative space and architecture, and the music the monks played. He learned early on that he had a strong interest in music, though his family would likely not accept him as a musician.

He came across an elderly Kolinahru playing an instrument he had not seen before which she described as having an Orion origin: Tigan Mira strings. He took to it’s sound in what was passionate for a Vulcan and his family endured the many years of discord it took to master the instrument. They were displeased by his choice of a foreign instrument but his grandmother found it to be wonderful for contemplation, so he would play for her.

Nirak’s first inclinations toward Starfleet- really his first encounter with non-Vulcans at all- was when a venerable Kelvin-class starship landed at the Ech’vala shipyards in Vulkana Sirat. He found the design aesthetically pleasing, to which his father chastised him and suggested the Federation had only led to the decline of Vulcan and a rise in conflict across the sector.

By 2230, Nirak attended the Vulcan Science Academy, studying Acoustic Physics to work with his father, an Architect and Civil Engineer, designing music and speaking venues for Vulkana Sirat. However, he branched out as he became more fascinated with space, something that wasn’t in tune with his Father’s future plans. Though Nirak finished his degree, he took on a minor degree in subspace particle physics.

Five years later, concluding that he was not living up to a potential new avenue of learning, Nirak chose to enter Starfleet Academy. His father was initially opposed to the idea. Like many Vulcans Nirol was skeptical of Vulcans serving in a Human-dominated organization. However it was an opportunity to learn new languages. His family disapproved of his interest in learning about alien cultures, concerned that it might dilute his own sense of self and species identity. Humans were notorious for requiring unspoken levels of assimilation in their societies while claiming to appreciate diversity.