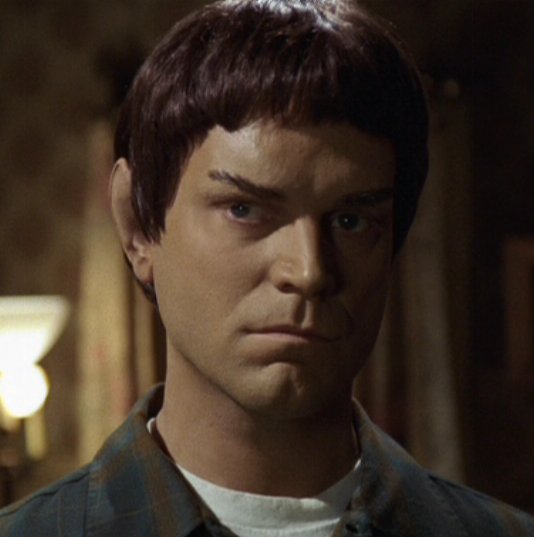 Torvok is what a human would call a typical Vulcan. Just like you would expect, Torvok holds on to logic as a way of life and sticks dearly to the Vulcan way of life and ideology. He however accepts and is fascinated by other cultures and ways to approach problems and life in general. Although he still feels Vulcans can deal with issues in the most efficient manner, he likes to interact and learn more about other civilizations. The stories of Sarek and Spock still resonates in his cultural background and have always influenced his interest towards the human race.

As a child, Lorek, Torvok’s mother, used to teach him how Sarek, one of the greatest Vulcans of recent history, found it logic to learn and embrace other races’ cultures. His love for a human woman did not impede his way of life, but it actually enhanced it.

Torvok’s father was not of the same opinion, while he respected and acknowledged the fact that the universe hosts millions of different races, all with their rightful place, he continuously taught Torvok that, as of this day, no race have proven to be superior to the Vulcans.

His mother’s stories are probably what influenced Torvok to develop a strong interest towards other races, starting with Humans. He started to read and learn as much as he could from a very early age; he often tried his best to meet humans whenever they appeared in his region, most times unsuccessfully.

He was admitted to the Vulcan academy and successfully completed his journey to be recognized as one of the best xenologists of his time.

He started his work by publishing several memos detailing how the Vulcan culture could be both preserved and enhanced by exposing it to other civilizations and allow Vulcan to embrace any aspect that they would deem a ‘strength’.

Although his reports obtained a moderate success, he was not able to influence a change in the Vulcan life yet.

It was then, that he decided to attend Starfleet Academy, where he graduated 2 years early and was assigned as part of the science team on the USS Chernobyl, where he spent most of his Starfleet career.

He then requested to be assigned as chief environmental designer for a newly founded Federation Colony near the Bajoran sector.

He is still serving there at this moment.