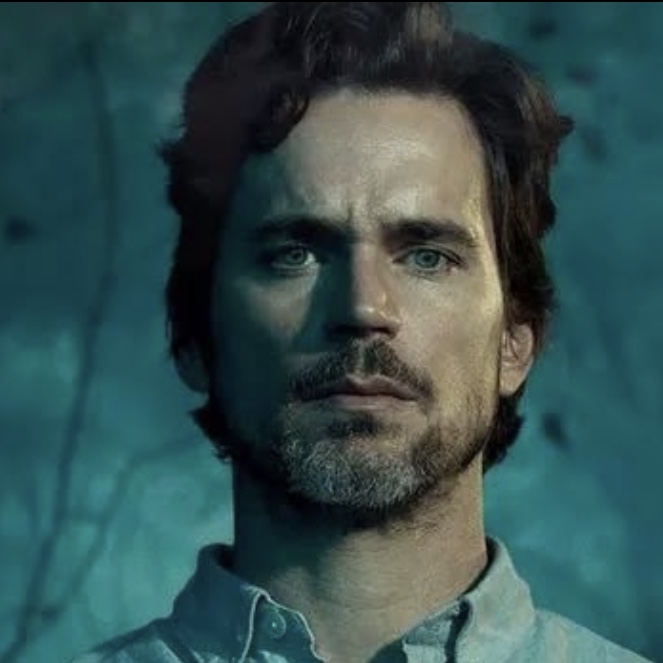 Julian received his first command at the age of 30, a small Wallace class ship assigned to the Cardassian border. When the ship was destroyed in a skirmish with a rogue Gul, he and his crew of 5 were sent to a Cardassian labor camp on false pretenses, and were incarcerated there for approximately a year. These events obviously shaped him as a person, as well as his ideas about the nature of command. However, despite this he has shown himself to be an exemplary officer, and a promising commanding officer. His command style can be best described as familial and loose, and he often tries to find officers who share those views to serve alongside him. Having recently received his first standard command, Julian is excited to see what the galaxy has to show him.

Julian, or “Jules” as he prefers, was born aboard the USS Centralia, a Miranda class vessel on which both of his parents served. He remembers nothing but shipboard life for his earliest years. In 2367, his father died in the Battle of Wolf 359. Wanting a more stable life for her only child, his mother transferred to Starfleet Command on Earth in. He recalls the time as “full of love, but ultimately pretty boring.” Being so close to Starfleet Officers, he was always expected to be on good behavior, and he was for the most part.

He found from a young age that he had a deep love for space, though, and always yearned to go back. The sights and experiences he’d gained when he was younger had a deep impact on him, and the stories and family atmosphere of the Centralia stuck with him.

In 2377, Julian attended Starfleet Academy, focusing on a tactical/security path, as well as taking several command courses. He knew that if he wanted the experiences he desired, he’d need to have his own command. It didn’t matter the size of the ship or its nature. It just mattered that he be out there.

In 2381, he graduated with honors, though nowhere near the top of his class.

After his graduation, Jules was assigned to the USS Monitor, a Nebula class starship. As one of the junior ranking Tactical/Security officers, he found the job to be largely boring, although he did pull bridge duty from time to time. While he had very little interaction with the ship’s stern Commanding Officer, he did receive high praise from Lieutenant Commander T’Sarn, the ship’s Chief of Security. The first time he set foot on the Monitor’s bridge cemented his desire to sit in the center seat one day.

His unique sense of humor (even while on duty) did cause him to receive a few official reprimands, but none too damning. He does blame that for his not advancing in rank during his time aboard, however.

In 2385, Julian transferred off of the ship with the First Officer, Commander Emilie Chapel. She had received her own command and had hand picked him to be the ship’s assistant chief of security, which would include an advancement in rank to Lieutenant (junior grade). He was floored at the offer, and humbly accepted it. The woman had noticed Julian’s knack for leading people, and keeping a healthy spirit of camaraderie with his fellow crewmen.

The Beagle, an Intrepid class ship, never once went into battle, and Julian’s time aboard was fairly boring other than conducting drills and the occasional away mission.

In 2387, Julian was offered a unique opportunity to command his own ship, with several caveats. The destruction of the Utopia Planitia Fleet Yards required the Federation to take a less pacifistic stance, and to “circle the wagons” as it were. He was offered command of a small, Wallace class starship, the USS Wanderer. The small scout ships were typically attached to starbases, and sent out on short-term missions.

The Wanderer was attached to Deep Space Nine, and sent out to patrol the Cardassian De-Militarized Zone. The last thing the Federation wanted was for one of their former aggressors to catch them unawares, but so close to the end of the Dominion War, he didn’t really see the point. Nonetheless, he accepted the command, and was advanced to the rank of Lieutenant.

The Cardassians were always polite to him, if somewhat terse. He rarely found that anyone was willing to do anything but engage him in idle chatter, and on multiple occasions he and his crew put down on nearby colonies for random away missions. While they cited “humanitarian aid” to the locals, it was often just more of an excuse to stretch their legs and get away from the cramped conditions of the small ship barely bigger than a runabout.

In 2389, the Wanderer was destroyed in combat by a rogue Cardassian Gul and his small flotilla of ships. He spent the next year in a Cardassian labor camp with his small crew of 6 others, until his release to the Federation was secured. After being released, he took a year off to attend physical therapy and intense counseling sessions.

In 2392, Julian was assigned to the USS Westpoint, an aging Ambassador class ship, as the vessel’s Executive Officer, and advanced to the rank of Lieutenant Commander. His command experience had spoken for itself, as well as his tenacity. The lessons he’d learned while commanding the Wanderer (as well as keeping his crew together until their rescue from Cardassian space) had left a lasting impression on him, and he was unwilling to accept a position outside of the immediate command structure. He had to heavily advocate for himself on this point, but in the end the gamble paid off. Additionally, at the age of 33, it was about the right time in his career for him to be serving alongside a Captain, and learning the lessons he needed to command a standard ship on his own merit.

And learn lessons he did. The Westpoint was assigned to the Beta Quadrant, and frequently dealt with not only protecting Federation assets, but keeping relative diplomacy with the various Romulan factions. In 2396, Julian was advanced to the rank of Commander after a particularly difficult but successful humanitarian aid mission to an outlying Romulan colony. Owing to his tenacity at driving off rival factions, his tactical aptitude in securing the main compound, as well as his success at drawing a line in the sand and daring the other factions to cross it (they didn’t call his bluff), his commanding officer was happy to award him with yet another pip on his collar.

In 2399, Julian was offered his own command once again. With Starfleet once again accepting its mandate of humanitarian aid and peaceful exploration, ships were needed to explore areas of space that had been “on the list” but on the backburner.

This, however, was not to be Julian’s command. Julian was advanced to the rank of Captain and given command of the USS Medusa, a Manticore class Heavy Escort. The ship was to use the Barzan Wormhole to enter the Nacene Reaches, one of the first areas explored by the famed USS Voyager.

Julian took the time while the ship was finishing her outfitting to read Voyager’s logs, and found they read like an exercise in futility at best, and a horror novel at worst. Starfleet Command, and the Senior Staff of the Task Force assigned to the region, determined that it was important to make “second contact” with many of the races in the area, but given past experiences, a ship more capable of handling herself was needed. The Medusa would be that ship. Thus, in early 2399, Julian and the crew of the Medusa set out on their first five year mission.