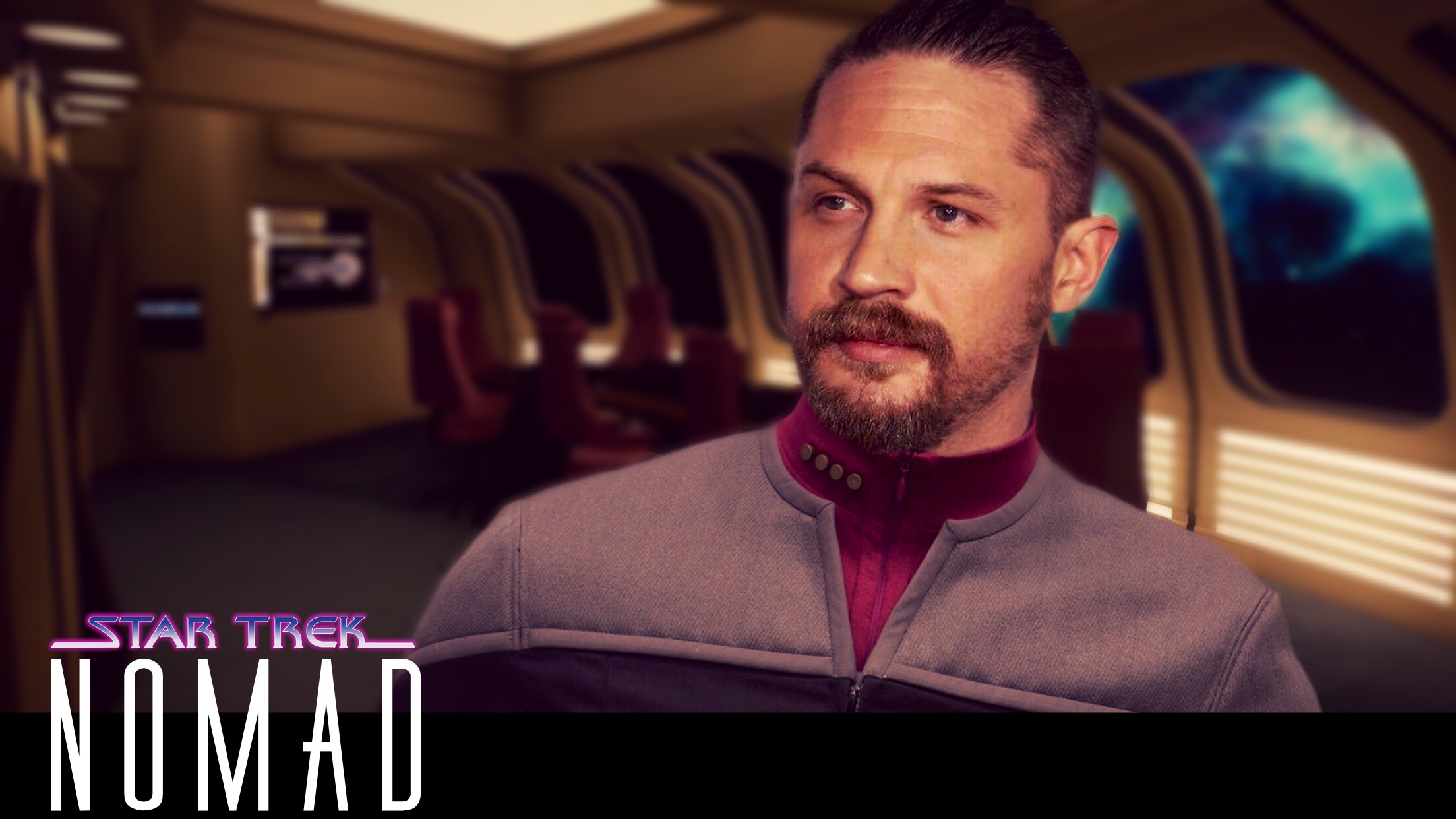 Maxwell Pierce is the commanding officer of the USS Nomad. Recently reinstated into Starfleet after having served a partial sentence at the Raxnar Penal Colony, Max has accepted the command of a dangerous mission with a low probability of success. Leading a crew of misfits and outcasts, Maxwell Pierce struggles to find unity and cohesiveness amongst his crew while managing the many threats he and his ship faces throughout their tour of duty.

Maxwell Pierce was born in New Berlin, Luna in 2346. A ‘Lunar schooner’ through and through, Max was raised with a sense of independence and isolation from his peers. Max developed a deep suspicion of others; a trait which followed him throughout his career and proved to be both a gift and a curse. Standing at just shy of 6’4″ and weighing 220 pounds, Max is an imposing figure. His stature, strength, and physical prowess ensured he was a successful tactical officer throughout his career.

Thought he did not stand out any singular field of study at Starfleet Academy, Max was considered a well-rounded cadet by most of his instructors. Many considered him to be a ‘lone wolf’, and he did not build many lasting friendships from his Academy days. He was proficient in hand-to-hand combat and was known to best Klingons and Nausicaans in mutual combat. He developed an affinity for subterfuge and negotiation and could outwit the craftiest of Ferengi. Despite being at odds with several of his instructors and fellow cadets, Max managed to receive high marks and glowing recommendations after his graduation.

Pierce was assigned to the Ambassador-class USS Winchester right out of the Academy. There, he served as Tactical Officer. The Winchester was deployed along the Federation/Cardassian border and Pierce was involved in several battles and skirmishes with Cardassian forces. For his dedication and valor, Max received a promotion and assumed the role of Assistant Chief Tactical Officer. The Winchester found itself an integral part of the Federation’s defense against the Cardassian forces during the Dominion War. After a series of successes, the Winchester was eventually lost in battle.

Having been vital to evacuation and rescue operations following the destruction of the Winchester, Pierce again found himself promoted and assigned to the Galaxy-class USS San Francisco. Again, assigned as the Assistant Chief Tactical Officer, Pierce found himself embroiled in a stretch of bloody engagements with the Dominion. The mission of his ship was to cut off supply lines from the Breen. Even as the San Francisco was present during the Battle of Cardassia, the ship was redeployed to investigate possible Borg incursions into the Alpha Quadrant. Following the Dominion War, the San Francisco found itself in a period of brief peace and allowed to conduct missions of exploration. With the staff shuffled, Max was promoted to the rank of Lieutenant Commander and served as Second Officer aboard the San Francisco.

Maxwell Pierce had distinguished himself throughout his career and his skill set had drawn the attention of Starfleet Intelligence. Max was approached and offered an opportunity that spoke to his independent nature. His resignation from Starfleet was fabricated and he was assigned as a deep cover operative. Pierce would spend the better part of the next four years infiltrating and observing the Romulan political structure following Praetor Shinzon’s failed coup. It was during this time that Max had begun to see the less-than-noble side of Starfleet. Despite all the Federation’s good will, there was a darker underbelly of which he was now apart. This would change his attitude towards Starfleet and shape the man he would become.

Having completed his mission and staved off several nefarious political advances by those seeking to grasp power in the Romulan government, Pierce resurfaced in the public eye and was formally reinstated (though this was a promotion and transfer) into Starfleet. Pierce was given the rank of Commander and was assigned as Executive Officer of the Luna-class USS Emissary. Pierce was constantly at odds with his Commanding Officer, Captain Nigel Omsk. The two clashed at every turn. Their soured relationship came to a head during an incident at Polomar IV. Captain Omsk had ordered the orbital bombardment of a colony which had been the origination point for an incurable virus which had begun rapidly spreading throughout the planet. Though Starfleet Headquarters had agreed with this course of action, Pierce felt that not all available information had been shared. Despite his attempts to reason with Omsk, Pierce ultimately led a mutiny that got Omsk and others in his camp killed. The virus had escaped the confines of Polomar IV and several bordering planets fell victim to the fast-acting virus.

Pierce was arrested, court-martialed, and sentenced to fifteen years of hard labor at Starfleet’s Raxnar Penal Colony. Max had spent nearly four years at Raxnar when he received an unexpected visit from his old friend, and now Admiral, Kenneth Rhoades. Pierce was presented an opportunity to redeem himself. He was offered the command of the Excelsior-class refit USS Nomad on a mission with little to no chance of success. After weighing his options, Pierce ultimately accepted the offer and was reinstated into Starfleet. His reputation, however, continues to follow him like a specter.