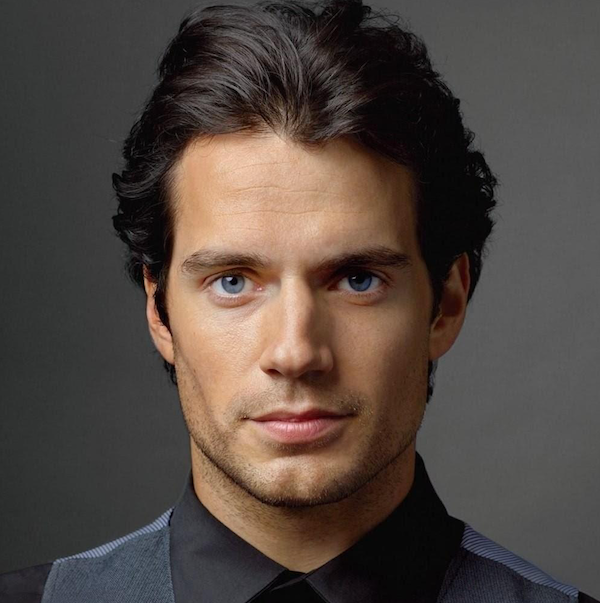 Commander Drake is the Chief JAG Officer stationed aboard the USS Polaris. A former regional JAG with borderlands experience, and a high profile prosecutor in the Admiralty corruption cases of 2399, Drake now oversees investigations and prosecution of sensitive JAG cases out on the frontier of Federation space. A zealot of Federation idealism, he's known for his willingness to attack any officer he perceives as having violated the law, and he takes great pride in the fact that his work has stripped dozens of their ranks and honors.

The eldest son of a Starfleet Commander and a Federation Ambassador, Robert Alastair Drake knew from a young age that he would follow in the footsteps of his father, and his grandfather before them. He spent his early years on the Galaxy-class USS Regal, watching his father safeguard the ideals of Starfleet and his mother represent the Federation to non-aligned worlds as an Ambassador stationed on the ship. However, fearing that their children, both Robert and a younger daughter Emily, would not get a well-rounded education among the stars, his parents chose to return to Earth when their son turned nine. Commander Drake took a posting at Starfleet Command in San Francisco, while Elisabeth retired from the Diplomatic Corps, the four returning to the Drake family estate in Marin County.

His preteen and teenage years were spent in a life of luxury. He attended elite prep schools, sailed and read on his spare time, and became quite an ivory tower scholar of history and law. It was during this time that he began to develop a grand vision of the Federation’s ideals, one that his parents encouraged, although even they came to worry that he might expect too much from the Federation, between the pair having served within it for over forty years.

At age 17, Drake applied to Starfleet Academy. With stellar grades, a well-known family and a clean record, his acceptance came with no surprise. Drake excelled academically at the Academy, and it was during this time that his passion for law truly solidified, borne from the interest he had developed at prep school. However, while Drake had high marks, the Academy did not actually go all that smooth for him. Known as the cadet that always sat in the front row, perpetually engaged the instructor, and always sought to demonstrate just how much he knew, Drake did not mesh with the other cadets. Quite to the contrary, he looked down upon them as boring and unintelligent while they looked at him as arrogant and condescending.

Drake graduated the Academy with high honors and a growing displeasure for the Starfleet common-folk. He believed absolutely in the lofty ideals of the Federation and had concluded that many of his peers did not. Given this idyllic, ivory tower sentiment, a strong passion for law, and his brash, argumentative attitude, the Starfleet Law Academy made a clear next jump.

Starfleet Law Academy did not go quite as Drake expected. He arrived with a chip on his shoulders, so sure of himself, bristling with legal knowledge and confidence. However, while he found little challenge in the classroom, he fumbled the ball so badly in his first courtroom scenario that he alienated the jury in well under five minutes. After it happened three more times, Drake began to get the message: his elitist, condescending attitude didn’t sit well with the common-folk who sat on the jury panel.

Rather than excise his arrogance, Drake just learned how to hide it. His courtroom scenes improved and, throughout the entirety of his second year, he never lost a single mock trial. Drake, who had at first seemed to pretentious to ever set foot in a court room, thus became regarded as quite a courtroom master: he had a fast wit, a firm grasp of logic, a developed sense of courtroom dynamics and an immense knowledge of legal precedent. While he still had his arrogant, elitist personality out of the courtroom, he had learned not only to control it but also to assume whatever face he needed to persuade the jury of the case, delivering zingers that stuck with the panel in some cases while appealing to their better emotions in others.

Justice from the Homefront to the Frontier

Lieutenant JG Drake graduated the Law Academy in 2385 with high honors, only a month after the First Contact Day massacre. His first cases where he cut his teeth involved prosecuting Starfleet officers sheltering synths in violation of the dismantle order. The officers defended themselves on moral grounds, but Drake was ruthless, seeing their sentiments as little more than anthropomorphization and a violation of Federation law. His superiors recognized his zeal, and he quickly found himself assisting with more complex and challenging cases. All said and done, he maintained a perfect case record across his first three years of service.

Following the Romulan supernova, Starfleet struggled to find its footing relating to the various Romulan factions. Commanding Officers and their crews were taking risks, blurring the line between legal and illegal, and generally acting in a way that Drake could not condone. At his request, he was deployed to Deep Space 6 to keep a closer eye on the behavior of the Fourth Fleet’s frontier operations.

Lieutenant JG Drake was persona non grata among the Fourth Fleet in the last 2380s, but it did little to damage his perfect conviction rate. That would all change in 2389 when word reached him that a team from the USS Enigma had murdered over a dozen Romulan dignitaries. Drake immediately opened a case and ordered the USS Enigma to report to Deep Space 6 for the investigation. The commanding officer of the vessel, Commander Jake Lewis, flat refused, stating he had more important things to do. When Drake it ran up the chain of command, he received notice from Starfleet Intelligence stating that Commander Lewis and his crew were on important classified assignment. For the next four months, the case would stay open, Starfleet Intelligence maintaining the same excuse. When Drake pushed harder, he got a call from a deputy Judge Advocate General ordering him to close the case. It was the first case Drake had ever closed for any reason other than proof of innocence or a guilty conviction. Unwilling to lose, Lieutenant Drake took the case public, blowing the whistle to the media and the Federation Council. It created such a firestorm that an Algorab Commission was created to investigate the matter.

Special Prosecutor in the Triangle

In 2390, Lieutenant JG Drake received a promotion to Lieutenant and a transfer to the Triangle region as Special Prosecutor. The Triangle, while not technically a Federation territory, had a high volume of Starfleet activity and a very corrupting influence. From day one of the new posting, Drake found himself extremely busy destroying the careers of Starfleet officers gone bad by his lofty ideals. His conviction rate remained extremely high, and he’d yet to face a case he didn’t think he could handle. However, that would all change in 2381 when Starfleet Intelligence contacted the Judge Advocate’s Office and informed them that they had located a conspiracy ring within a group of over ten command-level officers involved in the sale of Federation equipment to arms smugglers in the Triangle.

Drake’s personal dealing with Starfleet Intelligence had turned out negative thus far. They’d been the reason for his first loss in the courtroom, and they’d gotten in the way in several other cases. However, he recognized that this case could be huge, he leapt on it, insisting on immediate access to operational details. This request got stonewalled, and he got a stern lashing from a high-ranking flag officer when he pushed the issue. He was told that, when the operation concluded, he’d then receive the details to prosecute. This incensed him, having to sit on his hands and hope that Starfleet Intelligence didn’t mangle the operation, which was a very real possibility given that they had very different views on what constituted reasonable investigative practices. He’d heard of many a case lost because of malpractice on their case that tainted the evidence.

When finally the operation concluded, Drake got his shot at the case. As he reviewed the reports and debriefed the operators, he quickly realized his first inclination was right. The case was almost unwinnable. The covert operation had stepped far outside of operational bounds: they’d sold weapons, assisted fugitives in escaping, and far more, all in an effort to get inside the ring. Drake found this repulsive, the fact that these men were so willing to bend the rules to suit their own needs, tainting the evidence Drake needed for a conviction. Matters were made worse when he put the covert team lead on the stand for testimony. The operator had a brash attitude, a sharp tongue, an inability to stick by the witness preparation, and a willingness to violate the rules of order for the courtroom, time and time again, almost getting himself thrown out of the trial on two occasions. As the media honed in on the high-profile case, things got very sticky. Drake’s superiors even suggested he might want to simply withdraw the case to avoid a loss, but he pressed on. Drake recognized that the only person that wanted this case won more than himself was the operator, and thus he formed an unlikely alliance, appealing to the operator’s covert training to get him to take on a different persona in the courtroom, very similar to how Drake hid his own elitist, arrogant attitude when appealing to a jury. In the end, they salvaged the case and he convicted fifteen officers from Commander to Rear Admiral involved in the arms smuggling ring. Following the case, he wished he could throw the intelligence officers on trial for their own blatant disregard of Federation law, but he knew such an attempt would go nowhere, so he didn’t bother trying.

The case ate up the better part of three months. Between the Algorab Commission and his work in the Triangle, Lieutenant Drake became a public figure of sorts in the media. Some demonized him as an officer killer, but the JAG saw him as a testament to the unbending ideals of the Federation. It put him on the fast track for promotion.

Within two years, Drake received a promotion to Lieutenant Commander and became a Deputy Judge Advocate General for the Triangle region. In this new role, he distinguished himself not just as a skilled prosecutor but also as a solid manager, managing day-to-day operations of the Triangle’s JAG like a shark.

Three years later, still indicating he was very much on the fast track, Drake received a promotion to Commander and a new assignment as as a JAG lead investigator back in core federation territory. His high conviction rate continued, one that extended well beyond just his investigations to those of his entire office, and this eventually landed him a first chair in the high profile prosecution of several members of the Admiralty in the coup attempt of 2399.