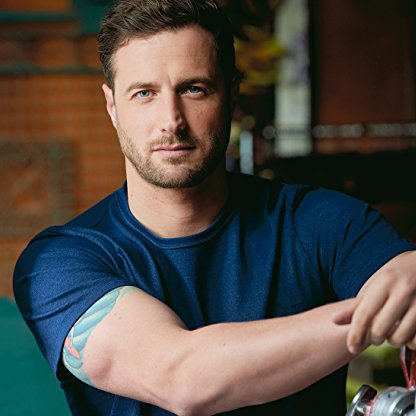 Guardian Station – Star Base 38 – Lieutenant - Chief of Operations (32) (2399) Transferring to Guardian Station – Star Base 38, Roderick was the furthest distance he could be from Earth, and his traumatic memories experienced with the loss of his wife. Today, at 32, James is an optimistic, efficient, and dedicated officer. He is willing to do all he can to serve and protect the valuable lives of Federation Officers and Citizens while on Starbase 38. Mr. Roderick finally is at peace, feeling at home onboard the station. He seeks friendship and new experiences near the Guardian of the Barzan Wormhole. Starfleet Academy, Entrance Exam, Toronto, Canada – Passed .99th Percentile Starfleet Academy, San Francisco, Earth – Operations, Maintenance Engineering Stream (2385-2389)

James Roderick was born in the year 2367 on Earth, Sol System, in Toronto, Ontario, Canada. He was born a happy and healthy child weighing 7.5 Lbs (3.5 kg). Jame’s favorite baby food was purred carrots and peaches. His parents were fond of dressing him up in baby jumpers with bear ears. In his later years, he is reminded of how adorable he was from his parents. They framed his baby bear ears picture in a silver frame, placed on the family fireplace mantle in their living room.

A happy child, James had a keen ability to determine objects, faces, and form memories at an accelerated rate over his preschool cohorts. James often pointed to panda bears in photos and stuffed animals. So much so, his parents had a Toronto Zoo pass to see the Panda Exhibit regularly. James would bounce and hop repeatedly watching the pandas in their habitat.

At the age of seven, in the year 2374, James Roderick entered the first grade in Sir Vincent Massey Elementary School. James impressed his many teachers, making fabulous multi-colored paintings with his thumbs and fingers. He had great ability, remarked his first-grade Teacher, Mrs. Lecour, that James was able to identify similar pictograms of Vulcans, Andorians, and Humans. He colored Vulcans brown, Andorians Green, and Humans pink with his markers.

Growing up fast, James moved forward from Elementary to Highschool. James Roderick entered Widdifield Secondary High School in the year 2381. A talented young man, aged 14, James excelled at High School sports. Roderick joined and excelled in both the junior debaters club, Technology club, Soccer, and Football teams. His marks were outstanding, as he always studied every day for hours after High School. His parents were instrumental in ensuring that James received the best education.

At the age of 17, James was in his senior year of High School. His interests at this time were pointing towards a career in Starfleet. The young man had a knack solving problems associated with linear and theoretical mathematics. He had applied in his Senior year to join the Starfleet Academy the following graduation year. James’ final year of High School seen many firsts for him. James had his first crush to Allison Hexana. James had his first kiss with Erin Klein, a High School socialite. Following Graduation prom, James lost his virginity to Hanna Faulkner, a blonde slim blue-eyed heart breaker.

James had flown his first thruster powered vehicle and never was charged for speeding as he obeyed lays rigorously. The following summer of 2385, Mr. Roderick attended many house parties, pit fires, and watched the stars making out with his sweetheart of the time, Jessica Vaillancourt. That summer, James had grown into a young man. He had learned to respect a fellow lover and learned what it meant to be a best friend to someone in need. He developed the values of empathy and hard work. His first job was spent as a junior ranger at the local Provincial Park.

Entering Starfleet Academy the following September of 2385, at the age of 17, James Roderick had passed the entrance exam with above-average scores in the .99th Percentile.

James’ second year in the Academy, he declared his academic major as an Operations and Maintenance Engineering stream at the age of 18. At the busy San Francisco, Academy James developed relationships with fellow lecturing professors and students. James had joined the Freshman Academy Hockey Team and was punched in the face during a fight on the ice. He had lost two of his teeth, requiring a partial.

Having graduated in the year 2390, at 21, James had finally left Earth for the outer regions of Space Travel. He was ready to be a full-fledged Cadet, operating on a busy Starship. His first posting was on the USS Harbinger– NCC – 81910. On the Harbinger, Roderick was promoted from Cadet to Ensign. James had spent three years serving as Assistant to the Chief of Operations. Lieutenant Solace Chief of Operations was a comprehensive officer, taking the Ensign under his wing, showing him the ropes on an Intrepid Class Vessel.

At the age of 25, Roderick was transferred to the USS Trenton – NCC 73009, earning his rank of Lt. JG in his very first year on the Galaxy Class Vessel. As an Assistant to the Chief of Operations, James continued to learn and grow as an officer.

Roderick asked Cassandra “Cass” Myers for a date while on the USS Trenton. Cassandra Meyers was a 24-year-old Daycare and Classroom Teacher. James had met Cassandra while waiting for a holodeck to become available. An error in holodeck programming had both registered for holodeck usage at the same time. Both Roderick and Cassandra decided to share the time serendipitously. They went kayaking together on Earth in the British Columbian interior. James was impressed with Cassandra’s sportsmanship, her smile, and her humor. She was kind, and both of them decided to go on a date after that.

Cassandra “Cass” was 24 years old, one year younger than Roderick. Their date was spent on the holodeck, a program of the Cayman Islands. They had dinner on a large yacht deck. They both watched the sunset and made love that first evening together. They remember that looking into each other’s eyes and sharing their dreams that night over wine. They had fallen for each other instantly. 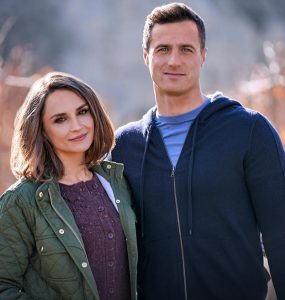 At the age of 27 years, James and School Teacher Cassandra Myers, age 26, wedded in the year 2394 after two years of dating. A small ceremony was held on the USS Trenton, in the 10 Forward Observation Lounge. James dressed in an all-black dress suit and white tie, while Cassandra wore a white, short cut lace dress. Their wedding bands were made out of steel platinum.

In their final year on the Trenton, in 2396, at the age of 28, James learned of Cassandra’s pregnancy. Cassandra “Cass” Roderick, at the age of 27, had become pregnant. While on Mission in the New Zindus Region, The USS Trenton, was lost. A zealous command staff were negligent of their decisions, investigating a dangerous spatial anomaly. The anomaly turned out to be an ancient alien energy-draining trap.

By the time the command staff realized what was happening, they were thoroughly trapped, and the Trenton lost all power. The crew had to abandon ship in lifeboats, barely managing to crawl out of the trap on chemical thrusters only. The USS Alura NCC – 18037 rescued 42 of the Trenton lifeboats, while 33 were lost to the unknown energy-draining weapon.

Cassandra was on Lifeboat 23-C. The lifeboat lost all power and life support systems, causing death to all on board. The Roderick family unborn four-week-old baby died as a result.

At the age of 29, In 2395, James took a temporary leave of absence from Starfleet to focus on his mental health. He visited his parents back in Toronto, Earth, Sol System.

The death of Cass and their unborn baby was traumatic for Roderick. While undergoing psychotherapy, over his depression, and PTSD symptoms, he realized that he was bisexual. He had relations with his male psychologist while undergoing therapy. Roderick finds it hard with relationships having once loved and lost, never wanting to love again. James fears the feelings of hurt and sorrow of losing a loved one.

To this date, James Roderick has a lingering distrust of Command Staff. He keeps this under wraps. He secretly questions being placed in situations he cannot control from the Operational Standpoint. He also has developed a deep fear of the darkness of space. He has learned to deal with this as he is a Starfleet Officer, although rarely when in dark enclosed spaces, he can develop a panic attack. His fear of darkness and small spaces were not shared with any psychologist.

At 30 years old, in the year 2397, James was reinstated to the Federation as a full Lieutenant. He served onboard the USS Barrington – NCC – 17801 for two years as Chief of Operations. Finally transferring to Guardian Station – Star Base 38, Roderick was the furthest distance he could be from Earth, and his traumatic memories experienced.