Cadet Chaym Vehn-Ra, most recently of Earth and Okinawa's Daystrom Institute, has been assigned to the new Barzan Campus of Starfleet Academy to continue his study of cybernetics and robotics. The Barzan Wormhole is the only aperture to the Delta Quadrant and the sole likely, continual connection to Borg technology outside of the Romulan-controlled Artifact. The wormhole does not open up near Borg space or any known Borg subspace conduits, and the Nekrit Expanse safeguards the Nacene Reach. Nonetheless, secondhand Borg artifacts may make their way to the area. In the meantime, Chaym continues to learn how to design and program new servile/limited AI acceptable to Starfleet codes, with the Synth Ban in place. He is also part of a small SIGINT Intelligence team. 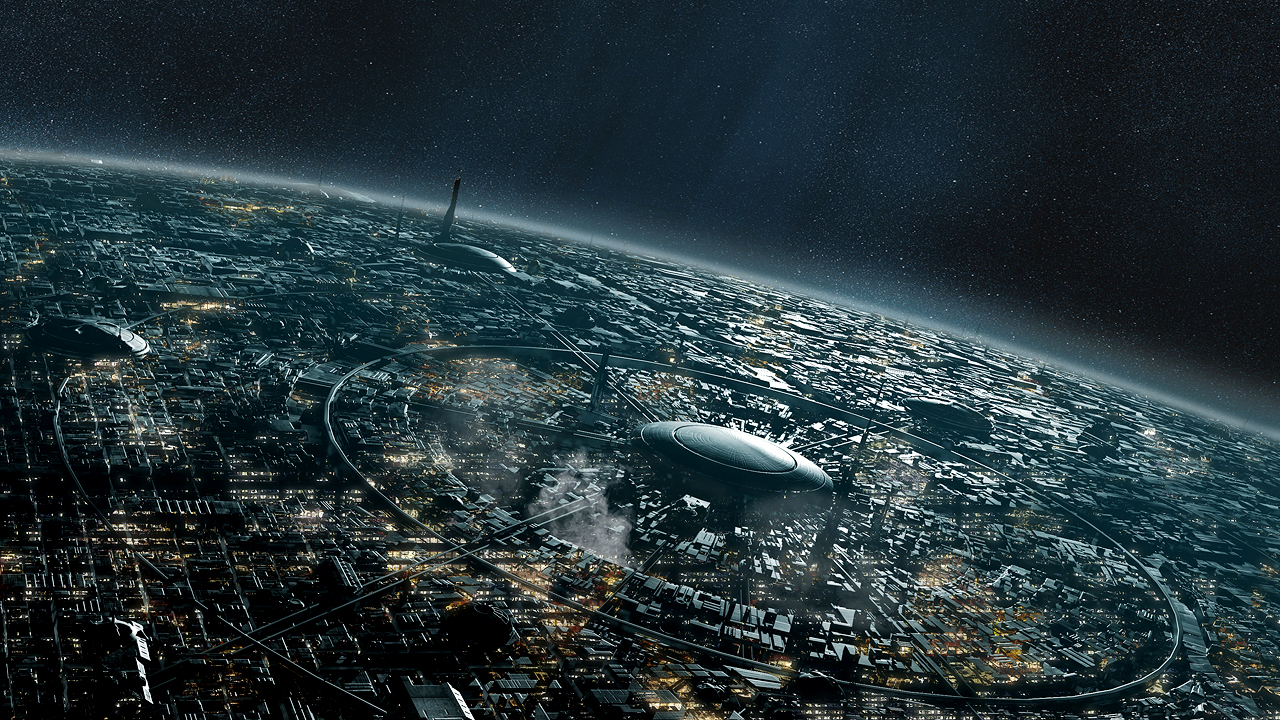 A native of Cendo-Prae, Chaym is a Catullan. He comes from one of the few bonafide “ecumenopolis” known to Federation xenologists. He is from the Nerune Diskyt- one of the guild-clans that broke away from the Yoyoda Illumina. The schism happened during the first century of cybercratic stewardship under the AIs of the Thaith and the Neith. To this day, the Yoyoda and the Nerune have a tense rivalry. Though the Catullans no longer practice strict adherence to their Neiat, Chaym’s family are traditionally among the Architects of the Nerune Diskyt.

== Nerune Diskyt ==
It is only in the past century that the Nerune Diskyt’s troubled reputation has begun to stabilize- and it was a rough go throughout. The Nerune Diskyt was the principle Guild-Clan that built, upgraded, and maintained the Fetches known as Thaith and Neith. The Nerune broke off from the Yoyoda Illumina, an elite group of Noocratics that had been guiding Catullan civilization for several centuries. They were secular and mechanistic. The Nerune pushed for more and more sophisticated AI to supplant any remaining biological bias in government; the Yoyoda were against too much ubiquity of AI in rulership.

For several centuries, the creations of the Nerune Diskyt- strong AIs that stewarded most Catullan legislative and judicial needs- ruled the Catullans. In theory, this was so Cendo Prae would be unburdened from the everyday concerns of governance, able to focus on self-improvement. It was the Catullan’s first attempt at creating a post-scarcity, post-singularity society. The Nerune Diskyt was responsible for those gains- and inevitably were blamed when the system faltered.

The Nerune helped dismantle their creation at a high cost to their numbers during the Diskyt Jihads, years before Federation First Contact and eventual membership. But that doesn’t mean they have given up on their ideal that strong, benevolent, “humanized” AI can be a useful tool of governance. Most Nerune Diskyta believe that AI and computer intelligence remains vital to the future. They tend to be “Transhumanists,” seeing technology as a way to evolve more quickly and efficiently. History hasn’t been on the side of the Nerune- from the 23rd Century events around the AI “Control,” to the Synth attack that leveled Utopia Planitia Yards and made Mars uninhabitable, “benevolent” AI seems the rarity. Many in the Federation point at the Borg as another example of what not to do. To the Nerune, it is essential to understand the mistakes, so they aren’t repeated- but the mechanical focus is not the problem.

=== Architect Neiat ===
The Neiat no longer determines what a person can and cannot study based on their education scores. But the abolition of the Neiat system after the Diskyt Jihads didn’t alleviate family and Diskyt pressure on their young people to excel academically and follow through on their strengths, not their dreams. In Chaym’s situation, he is T’biet, or of the Architect Neiat. Architects are designers and planners, expected to be interfaces for managers of the Diskyt and the Diskyt’s proletariat class.

Chaym has never sought any kind of authority or leadership role, though both of his parents and his younger sister at Architects within the Nerune Diskyt. For a lot of his childhood, Chaym wanted little to do with what were the tasks of his tradition Neiat: he wanted to be artistic.

Early Life
Chaym was born into the Nerune Diskyt, and today its philosophies are mostly his own. That wasn’t always true. Chaym is an idealist, seeing the beauty in advanced machines and believing in the tantalizing prospects of benevolent AI partners helping the galaxy. For the most part, that makes him a pretty typical Catullan- only his faith that AI can be sentient, self-improving, and benevolent makes him stand out. Most Catullans prefer computers to remain tools, save for their Muses, which are still very much servile AI, not masters.

Chaym grew up in the mid-rise Arcologies of the temperate-latitudes on Catulla. He did not see true “wilderness” as the Catullans understand it until he was eleven standard years old. Chaym lives in the heart of Cenot Metroplex, found on a southern archipelago. The Metroplex covers the entirety of the islands, as well as the shallow sea beds surrounding. Chaym lived some ninety stories above the “ground level” of the megalopolis, well below the highest heights of the garden decks.

Ubiquity of Cybernetics
Like more than ninety percent of Catullans, Chaym has a few cybernetic implants. Similar to most, he had them implanted in early adolescence, around the time that he transitioned from primary to secondary education. The most common implant Catullans have is a Muse implant (in Chaym’s case, Magpie). He also has a neural interface jack under his hairline at the base of his nape. Finally, Chaym has eye implants that amplify visibility in low light conditions and identifies and enhances text from a distance.

Haata, Kasseelian Opera and Ballet
As a child and early adolescent, Chaym expressed interest in art, especially performance art. He took up dance first, being small and rather lithe and found a Human performance art known as Ballet. He took to it with an intense passion. He had skill, but he was not a great talent. And he began to grow quite tall, which shifted his balance center. He never abandoned Ballet- he still does it- but the Haata eventually eclipsed his singular passion. The Haata is a Catullan instrument similar to a Sitar or electric guitar, though it is played more like a cello. At around the same time, his musical interests expanded. He found a wide variety of music, but Kasseelian Opera ranks high.

Magpie
Chaym’s “Muse,” sometimes called a Spirit or a Daemon, translates from Catullan into “Magpie.” To function on Catulla away from the offworlder zones, one needs a Muse- these are sophisticated, learning AIs tasked with being a personal assistant, tutor, counselor, and conscience to Catullan children. Chaym and “Magpie” grew up together. Without a Muse, Catullans would be lost in a sea of meaningless data, augmented reality, real-time voting tallies, and the hundreds of reputation tics done in the day to day of Catullan life.

2385: The Synth Ban and the 2386 Convention of Bynaus
2385 was a bad year for the Federation: the Synth attack on Mars, the destruction of the Utopia Planitia Shipyards, and the cascade effect that rendered the Red Planet uninhabitable forced the Federation to ban research into AI technology, positronic systems and most forms of cybernetic enhancement. The ban was accepted by most Federation member planets- but not all. Among the dissenting opinion were the Catullans and the Bynars, whose cultures ubiquitously used such technology. They viewed the ban as a threat to their very way of life. In 2386, five Federation member worlds came together on Bynaus to unanimously reject the ban on synthetics and AI, issuing a proclamation that they would not uphold such threats to their livelihood.

Fear and anger eventually simmered to a constant, resentful tension, as ambassadors and councilors of the member worlds were recalled, censured, and sidelined. It has been a tumultuous tit for tat over the last fourteen years. The Federation core and the most hawkish supporters of the ban have redirected trade and investment away from Catulla, Bynaus and the other Convention supporters. Trade sanctions have been imposed. And for the last three years, a change in the Catullan Sei Quaat, their Noocracy-style government, has been trying to build a coalition to see Catulla leave the United Federation of Planets. So far they have fallen below the two-thirds population threshold to begin debate. However, with each passing month, Catulla and other member worlds are growing angrier.

Bataad’s Vasculfibrosis
About one in 1,000 Catullans develop Bataad’s by their eightieth year; a few unfortunates develop it in their adolescence. Chaym wryly notes that he was one of the “lucky few.” Bataad’s used to be terminal several centuries ago, but modern interventional medicine can correct the issue in the final stages.

Bataad’s Vascufibrosis is a form of chronic autoimmune disease. The trigger is always environmental, traced to powerful magnetic fields, but there is a genetic element as well. Bataad’s attacks the heart and the major pulmonary and circulatory systems that are direct feeds into the heart. The body slowly calcifies the heart with fibrous bands of scar tissue, rendering the heart valves and muscles unable to function. The treatment is complex and usually must be done with the facilities of a Starbase: the removal and replacement of the heart, a portion of the aortic arch, the uppermost vena cava and the pulmonary arteries with artificial organs.

Bataad’s Vaculfibrosis has not put an explicit end to the athletic interests of Chaym’s life, but the chances of him becoming an athlete are unlikely. Chaym has to focus his exercise regimen on cardiovascular health more than anaerobic muscle building. He jogs every day before his shift. But some of the most intense physical sports- like Parrises Squares- are supposed to be off-limits.

A diagnosis of Bataad’s may no longer be an explicit death sentence, but it jarred Chaym. He knows someday, his chest will be cut open, and his heart will be removed and replaced. In the ward of the medical center, he met others with the syndrome- and children with even worse. Catullans are prone to other such diseases and the Synth ban has led to fatalities where that was unnecessary. Rather than be angry, Chaym would rather teach and develop ways of dealing with synthetics. He learned history, about how in the past, cybernetics were more acceptable and even saved lives. And Starfleet once even used highly intelligent, sophisticated AI to help it formulate plans. That AI was ultimately destroyed because it became a real threat. But did it have to be so?