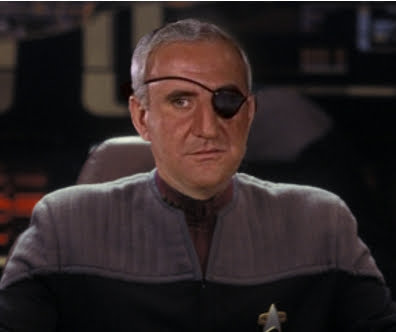 Retired, living his life fishing and reading pulpy science fiction from the the early 2300's.

Vice Admiral Alfred Blye has been in Starfleet most of his life and as a result has sacrificed, family, friends, and even eye in service of the Fleet. Through his style and able leading in combat as well as the diplomatic and administrative wranglings of the fleet he has moved up in the command ranks of the Task Force. Starting out as TGCO, Blye quickly moved up the position of TFCoS and then to TFXO of Task Force 86.

After serving faithfully under the administrations of several Commanding officers in Task Force 86, Blye was given the opportunity to head Task Force 93.

After Task Force 93, Blye served as Commanding Officer of his beloved Task Force 86 along the Klingon Border. When operations ceased in 86’s area of operations, Blye stepped out of the command role to pursue other interests.