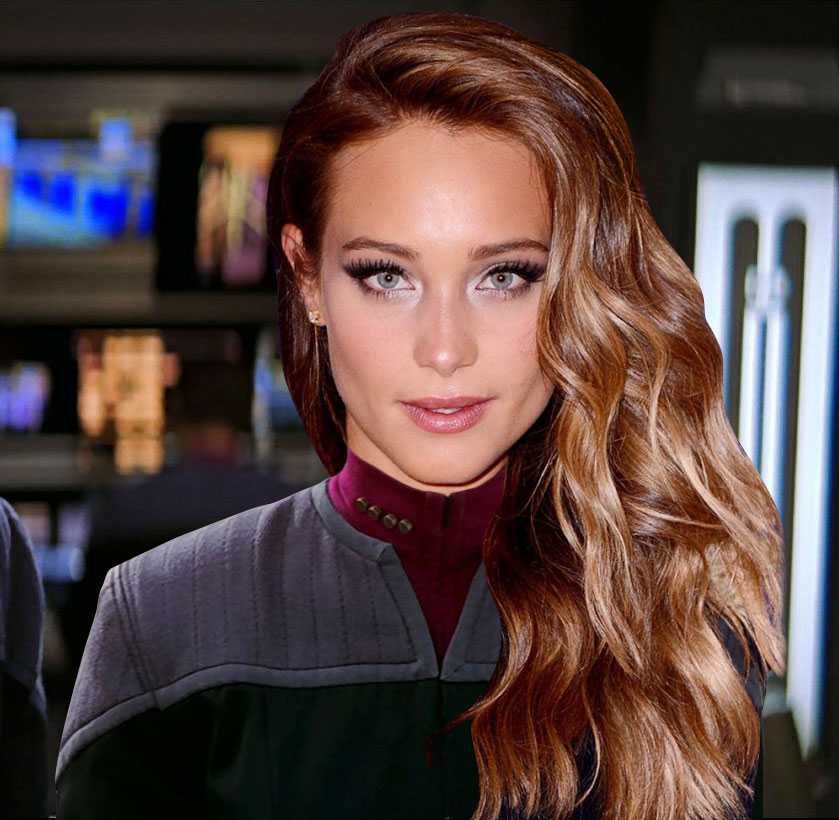 Alice Camenae Griffin was born to the Federation Ambassador Joe Griffin and the retired Starfleet Commodore Lauren A. Archer. Her early childhood was mostly uneventful, once she started going to school she excelled early on with many teachers stating she was meant for something great. Mostly due to encouragement from both parents she embraced music and became good at playing the piano. When her brother was born when Alice was 6 she embraced the new addition to the family and looked out for him. This created a bond between the two siblings that lasts to this day. While she struggled with some of the empathic abilities she inherited from her mother, help from the latter allowed her to manage it and make friends at school easy. When she was fifteen her mother decided to rejoin Starfleet due to the wars the Federation had gotten involved in. Seeing her mother serve the Federation once more and her father continuing to do so instilled a sense of patriotism and loyalty to the Federation in her that played a major part in her eventual decision to join Starfleet on her 18th birthday. Her parents were opposed initially due to the dangers but agreed in the end. Once on the Academy she quickly developed an affinity for Intelligence and was encouraged to pursue this path by both her peers and teachers. Upon graduation she was assigned to Starfleet Intelligence, with the Special Operations Bureau as an Infiltration Specialist.

For the next several years she continued to remain with Starfleet Intelligence and engaged in various classified operations in both the Alpha and Gamma Quadrants until she was reassigned in 2384 to serve as the Executive Officer on the USS Satie holding the rank of Lieutenant Commander. In 2386 the Satie came under attack by the Breen in which the Commanding Officer and Chief Engineering Officer were killed with the ship disabled and still lightyears away from the nearest Starfleet support. After assuming command she managed to get the ship away from the Breen and back to Starbase on the edge of Federation space. For her efforts to secure the ship with minimal losses to the crew she was promoted to the rank of Commander and left in Command of the Satie. In 2388, following the destruction of the second Scorpio and the medical leave of its Commanding, she was reassigned to serve as Commanding Officer on the third USS Scorpio.

By virtue of having a very protected childhood combined with having two parents that have a long history of service to the Federation Alice has an incredible sense of duty and extreme loyalty to both the Federation and Starfleet. Her Intelligence training combined with personality characteristics have made her closed-off and in some ways distant to people she hasn’t known for a long time. Preferring to keep matters professional.