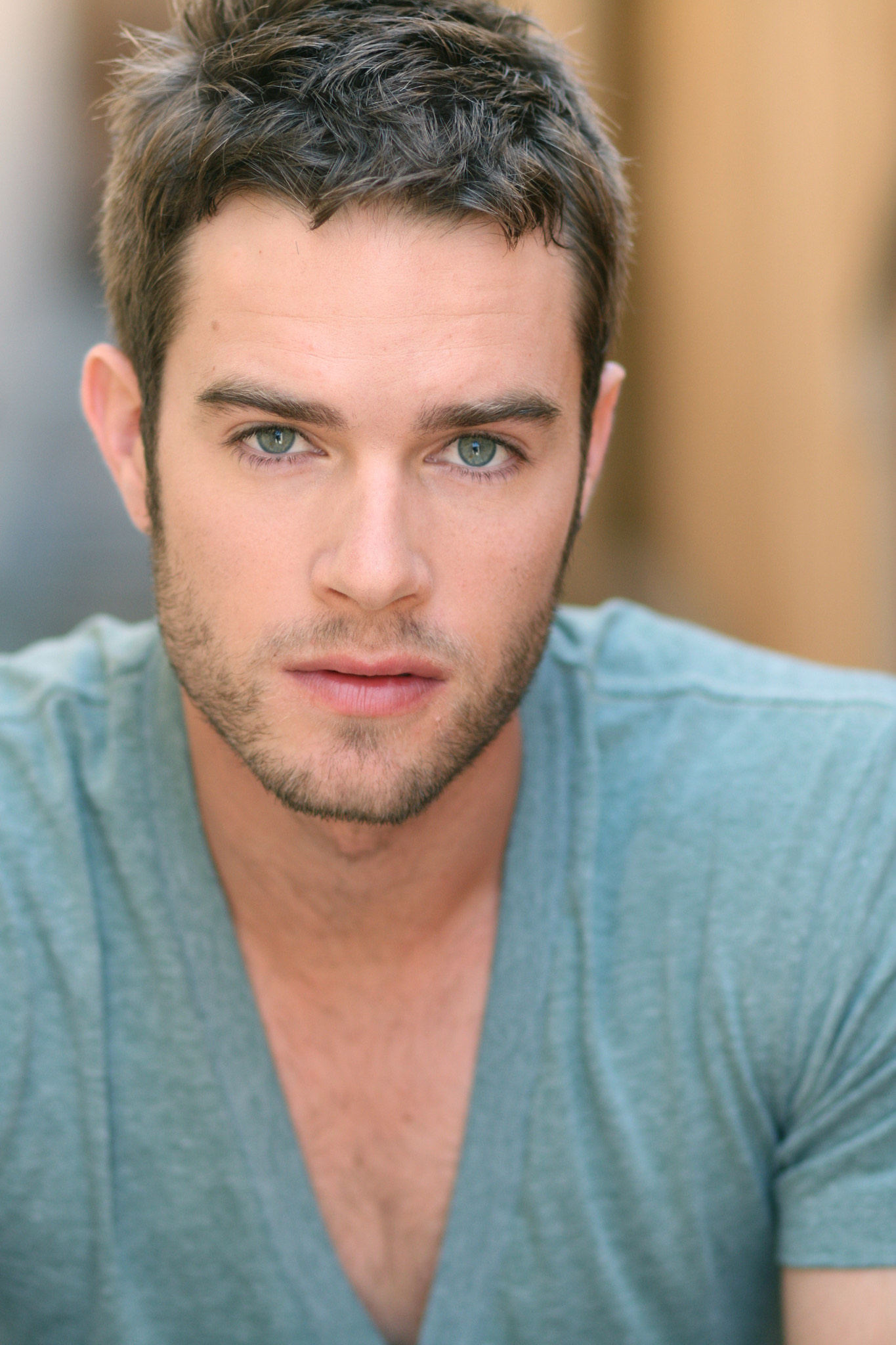 Kaden is currently the Chief Flight Control Officer. He was born and raised on Earth and claims he always knew he wanted to fly.

Kaden was barely three years old when his parents were killed in an accident. His Uncle Paddy being his closest living relative took custody and moved him to Hawaii, where he had a business flying tourists around the islands.

Growing up, all Kaden ever wanted to do was emulate his uncle, as soon as he could his Uncle Paddy started teaching him how to fly.. He fell in love with Uncle Paddy’s shuttle and at first wanted to follow him in the family business. But as he got older and went to school, he learned a lot about Starfleet and their flight officers and a need grew in him to attend the academy, graduate and become a pilot on a Starship.

While in high school, for a time he was sidetracked on his career choice by Delilah Stewart. She was the prettiest girl he had ever seen, all Kaden wanted to do was make her happy. Whatever she wanted to do, he went along with. Delilah started pushing him to pursue a career as a lawyer at her Daddy’s firm. At first, Kaden considered it. He took classes in school but he wasn’t good at debate and he hated public speaking. The thought of being stuck in an office was not for him. Kaden knew what he wanted to do but whenever it came up Delilah would brush it aside. Kaden began to understand that he needed to make a stand in order to have the life he wanted

Kaden realized that if he were to continue to date her he would never be happy, she wanted her dreams to become his. After a heated discussion they broke up. For the remainder of their senior she the stalked and harrassed him. Though Kaden was glad to be free of the relationship, he realized that dating her had helped him mature in a lot of ways. He had gained an independene he never had before and was more sure of himself. More willing to stand up for what he wanted. Kaden was relieved when he graduated to leave Hawaii and head to Starfleet Academy to begin his long awaited dream and start a new life.

Kaden was excited when he arrived at Starfleet and a little over confident. Somewhere along the line he had expected to breeze through the academy, top of his class with everyone thinking he was the best pilot to ever graduate. Instead, he had failed his entrance exam the first two times. Despondent, he had decided to give up on his dream and got a job working as a server and par time bartender. Kaden became friends with the head bartender, Boyd. Soon he was telling him his life story and before he knew it, Boyd had him studying for the exam. He gave him a renewed confidence and this time, after a few months of serving drinks, Kaden passed the exam and was accepted into the academy.

Not wanting to fail anymore, Kayden studied hard and pushed himself. He wasn’t concerned with being top of the class but to be a success. His teachers saw his will and drive and encouraged him as well. This was both a dark and happy time for Kayden as he saw others seem to breeze through while he had to work hard to pass his classes. The one place he excelled was in the simulation flight testing. There, he had no problems scoring high.

Finally, the last exam came. This was pass or fail. There was no middle ground. Kayden was so nervous he was certain he was going to blow it. But at the end of the day he had graduated in the higher portion of his class and earned the respect of the other students.

Once he graduated, Kaden was assigned to the USS Forester, where he spent little time on the bridge, which at first, once again left him despondent and like his dream would never come to pass. This was a test of patience, one that Kaden would learn through the teaching of the head of his department. The reality was that he wasn’t the only “new” pilot fresh out of the academy and he needed to show the chief where he stood out over others. It was while he was on the bridge when an ION storm hit that he proved his excellence at the controls on the bridge. When all was said and done, Kaden had shown his skill and gained more shifts, showing his value to command. Kaden did not know where he got it from but even in the scariest situations he remained calm, cool and collected, concentrating on doing his job and keeping the crew safe. He was in the end of his second year on the Forester when he was promoted to Assistant Chief and transferred to another Starship.

Kaden hit it off right away with the Conn Chief of the USS Manistee. He recognized almost immediately that though he thought he knew it all that there were skills he was lacking in. One, he had no experience in a supervisory capacity other than the few times he had filled in while serving on the USS Forester. Kaden embraced all that the Chief had to teach him. He learned to be compassionate, yet firm with those below him and to accept his weaknesses of having a stubborn nature and not wanting anyone to try and control his life. The Chief pushed Kaden to stretch himself. He took a backseat on many missions so that Kaden could gain even more experience. One particular mission, Kaden had flown an away team to the planets surface and was ordered to wait for the team to return. When they did, it was without their first officer and security chief. They had been trapped and had to take a longer route back to the ship and a storm was brewing, preventing a beam out. The senior officer currently on the shuttle turned to Kaden for advice on whether he thought he could get them off the surface if they waited. Kaden took a moment and replied with confidence that he would get them off and home, with their missing officer. It had been a harrowing flight back once they had arrived back on, one Kaden would never forget. Still, he had remained calm and cool, knowing it would be that, determination and skill that would get them home.

After four years of serving on the Manistee, the USS Manistee was up to be decommissioned. Kaden was sad to part with the friends he had made, especially the conn chief, but at the same time he had been promoted and assigned to the USS Apollo, where he was looking forward to serving.