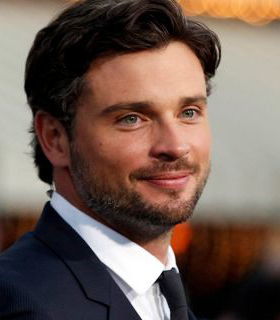 Keith was born and raised in rural Alberta, with a passion for the stars, exploration, and diplomacy. He joined Starfleet right out of Highschool and never looked back. Now, ten years into his career, Keith has been chosen to command the USS Asger, an enhanced Norway-class cruiser with a multi-purpose focus on rapid response. Keith is beyond excited for the chance to make a difference in the galaxy, and to have the center chair.

Keith was born and raised in rural Alberta, Canada. He grew up in a loving family, the son of two wheat farmers. From an early age he showed an acute propensity for leadership, quickly taking charge with his friends and family, and no one ever complained. He was fair, and confident, and always looking out for those that followed him.

This mentality followed him into his school years, leading him to be the captain of various sports teams and class president for three out of his four years in High school. He only didn’t serve as president all four years as Freshmen weren’t allowed, though a substantial write in vote almost won him the spot anyway. Many expected him to pursue law or politics, but he surprised everyone who knew him when we signed up to join Starfleet Academy right out of high school.

Keith followed the security track, loving the structure and focus on protecting people and securing the ship around him. He excelled, in his ventures until his sophomore year. During a routine training exercise, a pulse grenade went off, severely injuring him. The initial prognosis was grim, and many of them thought it was the end of his promising career.

Those that thought that underestimated his tenacity. It was a long run, but the following semester, he returned to his training sessions. It was a rough run, working through physical therapy, and using a neural enhancer to help him walk and function, but he pushed through. His classmates rallied around him, as well, helping him continue when he didn’t think he could.

By the end of his Senior year in the Academy, and his Cadet cruise, he was back to normal with the aid of a neural enhancer implant in the base of his spine to help eleminate any remaining issue.

Keith served about the USS Andalu on his Cadet tour in the security office, helping the Assistant Chief, Siris Anderou, immensely and forming a fast friendship with her. When his tour was over, Siris immediately requested that he be assigned as a permanent placement in her department.

Keith and Siris slowly made there way up the ranks aboard the Andalu, eventually finding themselves the command crew of the ship, where they served together for several years. Finally, though, it was time to say good bye.

The offer came in for Keith to take command of the USS Asger, annd Siris simply would not let him refuse. With a heart felt and tearful goodbye, Keith left the Andalu for the Asger, excited for new adventures.