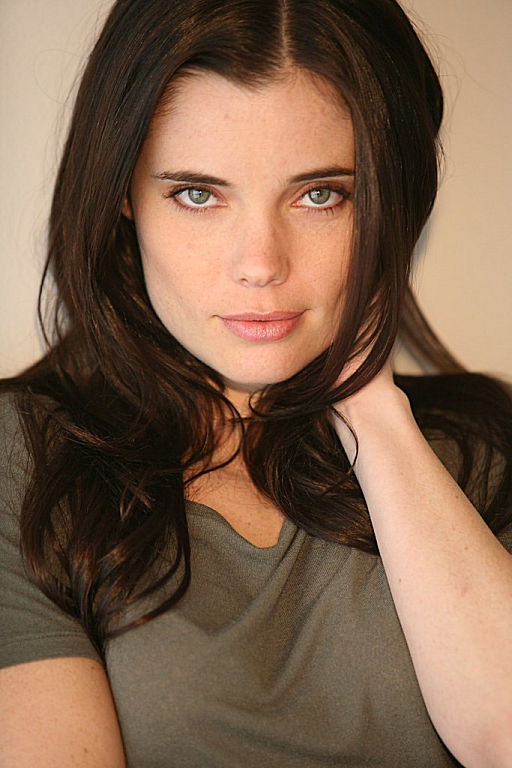 Kimberly Sarah Wilson is a 25-year-old operations officer who enjoys podcasting, traveling and watching Federation News Network videos. She is exciting and lovable, but can also be very boring and a bit sneaky. Kimberly is a bit reserved, she has a loving heart. A drive to excel at work. She feels that she needs to constantly prove herself. And hopes one day, she will find true love.

Kimberly was born in Australia. Her parents worked at the local starfleet head quarters building in Sydney. Kimberly was raised by two loving parents. From 2374 through 2380, she lived in Sydney, Australia. In 2380 her family moved to London, United Kingdom. Where her father got a position with Starfleet Intelligence. He was a clerical aid, that worked his way up to Section chief.

Kimberly’s parents were both enlisted personnel in Starfleet. At the age of 6, she attended studies in elementary school and graduated at the age of 18 from preparatory school in London. She worked very hard to get good grades, and to prove herself worthy. She wanted to join Starfleet, like her parents. But she really wanted to be a Starfleet Officer, she wanted to command her own ship someday.

Prior to graduating, Kimberly applied herself to her studies, and graduated in the top ten at her preparatory school. She was very nervous, if Starfleet would accept her officer application, since her parents were only enlisted, she knew she had to prove herself.

Kimberly felt that most of her middle school and high school years were sacrificed, for her dreams. She wanted to be a Starfleet Officer, since she was a little girl. She worked hard, and in the Summer of 2392, she was accepted to Starfleet Academy. The Base Commander, where her father worked. Gave her a letter of recommendation.

Kimberly found it hard to make friends at the Academy. She had been so use to working hard to reach her dreams, she did not really have the social skills to interact with everyone at the Academy. Luckily for her she met Laila Bond and Kevin Wilkerson, they took her under their wing and she started to adapt to life at the academy.

In 2393 Kimberly started to date Iman Toni Holland, despite her friends trying to set her up with Ted Carr. The four of them remained close during the academy. And after they all graduated in 2396, They kept in contact.

Kimberly and Iman were very close, during the academy. She remembered countless nights, of them studying. He was a scientist, and she was an operations specialist. Her other friends were all security officers.

While at the academy, she learned she liked holo photography. Her and Iman, use to take photos on a regular basis. They grew very close. It was hard for Kimberly and Iman, when they learned they were both being assigned to separate commands.

Iman was assigned to the USS Gettysburg, while she was being assigned to Starbase 415. She was very jealous, that Ted, Liala and Kevin were all being stationed together. At Starbase 345.

Kimberly spent the next two years, working her way up from Operations officer, to assistant chief operations officer for Starbase 415. She felt a little alone, on the station. In November of 2397, Iman and Kimberly decided to call it quits. The distance was to much for them both.

The break up was very hard on Kimberly, she refocused her efforts on her job, and wanted to promoted to Chief Operations Officer, she felt that if, she left the station, and got her own department. That she could start over. She got the chance in 2399, when a position came open on the USS Apollo, assigned to Task Force 38, in the Fourth Fleet.