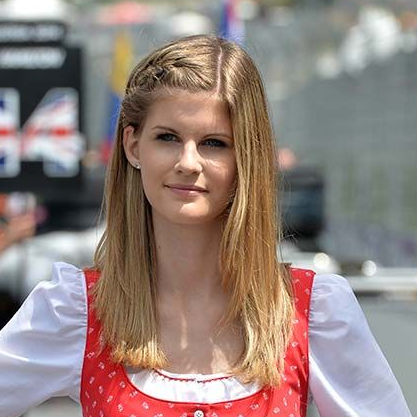 Though born to an ex-Starfleet couple in a small town in west Austria, Dietlinde following in their footsteps was hardly a given. Her mother’s death from a congenital condition early in her life left her in the care of her father, a stern, cynical, cloistering man even as he helped his father-in-law operate his alpine guesthouse. Dietlinde didn’t obey his will absolutely as one might expect of just about any child confronted with strangers, yet was curious rather than headstrong, fostering a manageable balance throughout her childhood. When faced with the decision of advancing into secondary school or concluding her education with vocational studies as a young teen, Dietlinde chose the latter. It suited her father, but when her perceptive grandfather sought her reasoning, she admitted that she felt as if they expected it of her. Incensed with what was effectively déjà vu of his bygone estrangement with Dietlinde’s mother, the elder confronted his son-in-law.

It went spectacularly awry. Dietlinde stumbled upon and was crushed by her father’s disparagement of her ability to cope with the world beyond. Tensions loomed for weeks as both men overcame their frustration with each other and in the case of her father, his cynicism. In time, he apologized and confided that all he’d done up to then was out of considering Dietlinde the last dear thing left in his life. Within days, a group of junior Starfleet officer patrons tested both her nerve and his sincerity. They welcomed her company, and offered vivid accounts of travel and adventure that piqued her interest in Starfleet. Her father wasn’t thrilled, but knew he’d only hurt her more if he resumed his domineering. In offering his blessing, he only asked that she consider enlisting, as it inherently offered her more control over her destiny.

Dietlinde’s aptitude testing revealed latent potential for administration, unsurprising given that many of her responsibilities at home were secretarial in nature. The relentless character-building of basic training pushed her resolve to the brink, yet her father’s encouragement helped her endure and advance to ‘A’ school, where she caught the attention of guest instructor Esa Laaksonen. Given the Insignia-class Antalya after completing his teaching stint, he requested Dietlinde for his quartermaster staff, an arrangement into which she happily entered.

The Antalya spent most of Dietlinde’s tour in close proximity to the Romulan border, with the back quarter devoted to providing support in the aftermath of the Hobus incident. She punched her ticket to becoming Laaksonen’s yeoman with assiduity in a very politically charged environment – which along with dating the relief helmsman – made her feel accepted and valued. Yet the rise of infidelity accusations against her boyfriend by vigilant colleagues portended a fall catalyzed by her becoming a collateral victim in a stabbing during shore leave. The emotional recoil of her choosing to end the relationship resonated into her work, though she misdirected Laaksonen into thinking it derived solely from the assault. She was unable to cohabitate with her baggage and requested a transfer by the time he discovered otherwise, against which he had no recourse. . .